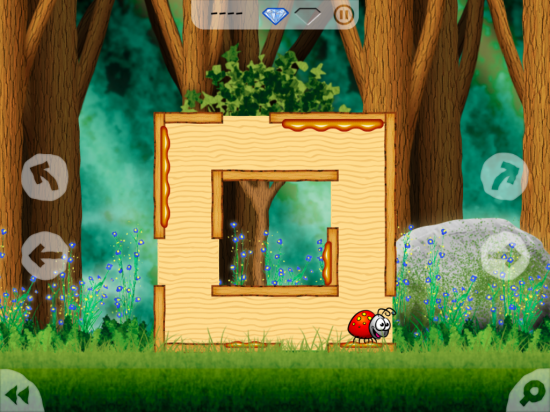 If you’ve seen or heard anything at all about FDG Entertainment’s cute, cartoony game Beyond Ynth, then you’ve heard that it’s hard. Having spent many hours with the game, I’m here to tell you: believe everything you’ve heard. I’m not ashamed to admit that several of Beyond Ynth‘s eighty levels I simply found too difficult and too frustrating to solve. 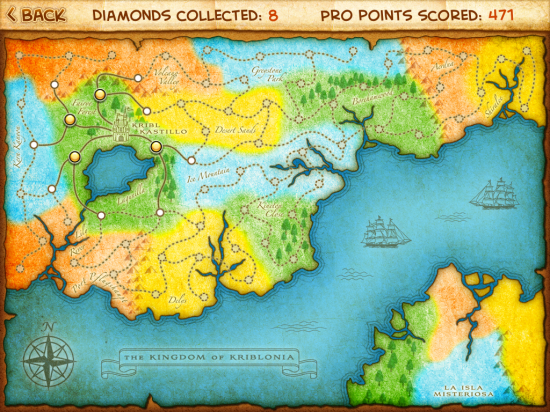 That said, it’s an utterly adorable title, brilliantly made and perfectly polished to showcase a wholly original game mechanic. You play as a bug named Kribl, who sets out on a quest to find a collection of lost gemstones for his king. The world is a big, dangerous place for a tiny bug, and most of the environments Kribl journeys through are simply too harsh for him to survive. Fortunately, the side-scrolling game worlds feature conveniently-placed wooden boxes that Kribl can manipulate, turning them over and over to traverse from one objective to the next. The boxes come in all sizes, and bring their own challenges along, such as openings where Kribl can crawl in and out, that can also let deadly sunlight in that can fry him in the desert. 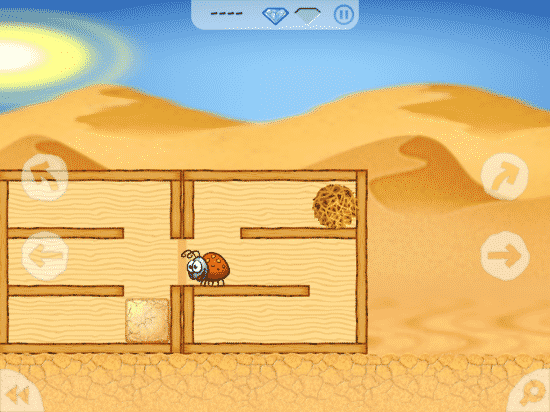 Speaking of the desert, the game features a good assortment of environments — everything from woods to snowy mountains and even volcanoes. The conditions create entirely new obstacles to overcome, which are complicated by the dual objectives of both navigating through the level and collecting the gemstones. Every level is a puzzle, and the developers honed these brainteasers to wicked perfection. As I said above, some of them border on impossible to solve unless you possess a genius IQ. 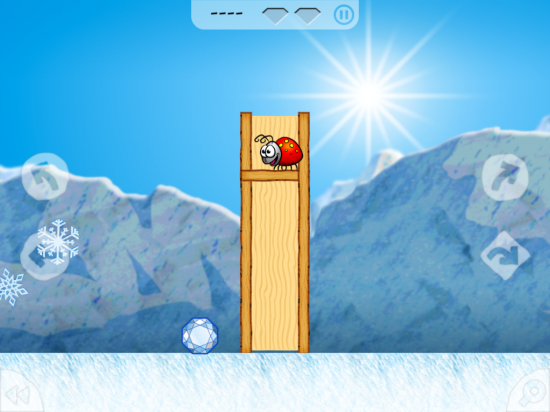 There are virtual buttons on either side of the screen for walking left or right, and jumping left or right. When special functions are required, like turning a box over on its side, the walking buttons change to signify this.Â A convenient rewind button lets you rewind your progress if you get stuck. This is an invaluable addition; the game would be unplayable without it, as you’ll find yourself stuck multiple times on each level. 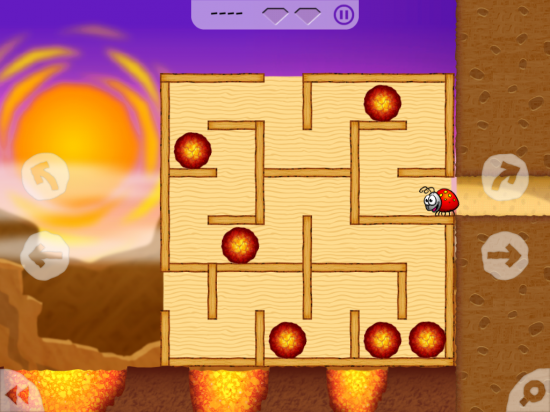 The people at FDG Entertainment sure know how to craft a great game. But an adjustable difficulty setting would have been a welcome addition, catapulting Beyond Ynth to a perfect score.