Does OS X NEED to be a hardcore gaming Platform? 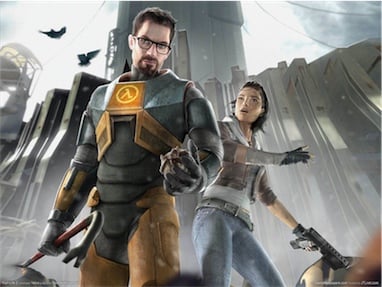 Earlier today I wrote about the whole Bungie situation that happened over the weekend. There was also another video game related Apple article that made the rounds this weekend. It stated that Apple didn’t want to pay Valve $1 million dollars to port Half-Life to the Mac. There is an interesting discussion on Digg (as interesting as Digg discussions get, anyway) where several diggers have claimed that Apple was unbelievably stupid for not doing this. I have to agree with them that the arguement that the price was too much to ask is a bit silly. $1 Million dollars may be a HUGE sum of money to me and you, but to a company like Apple, it’s not that much of an investment.

Having said that, however, I have to say that I don’t think OS X needs to be a gaming platform in the slightest, and I see no reason for Apple to spend that 1 Million dollars…here’s why: Mac Users AREN’T hardcore gamers.

Hardcore gamers are also a very small market. I know, I know…if you’re a hardcore gamer, for some reason you find that offensive…I see it all the time, you want to throw out all the numbers about how much money games make. I’m sure you’ll want to argue with me about Halo 3 being the biggest selling entertainment opening day in history with $170 dollars worth of product sold.

I would then, counter to you that it’s completely ridiculous to compare a $10 movie ticket to a $60 video game. You would either see my point, or keep arguing. Either way, I’m done with the arguement. Selling a lot of expensive product does not mean that the niche is still small compared to the overall computer industry.

What I’m asking you, is do you think that OS X needs to be a major gaming platform…you’ll note that I’m not saying “the Mac” like so many others. You know why? Because “the Mac” already is a gaming platform. If you want to play Halo 3 on an intel based Mac you can do so without any problems at all. You can use BootCamp to boot up Windows, load up Halo 3 and go to town. When you’re done having your fun, you can hop back into OS X and get back to using a decent OS (I kid…I kid…but seriously…).

Apple isn’t really interested in gaming I don’t think. I don’t expect them to start building those Alienware styled systems anytime soon, and I think the gaming that is happening on the Mac right now is fine for Mac users. I also think that any hardcore gamers that really need their games, are going to have or get Windows, and load up Bootcamp. I just don’t see a need for porting games like Half-Life over to the Mac.

I certainly wouldn’t buy it. Would you?