Do you care about the idea of an “iCar”?

by Michael 15 years ago3 months ago
5 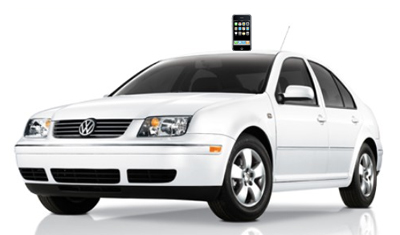 So, I’ve been kind of ignoring this whole iCar business, primarily out of a lack of interest on my part. However, after reading about it again today, I though that I better at least bring it up here.

I have to say that I don’t really see what the big deal about this is. If VW or anyone else intergrates an Apple built car stereo system into a car, I don’t think that’s going to affect my buying decision on a car in any way, shape or form.

Since I work at home, and don’t really spend too much time in a car, I may not be the best person in the world to judge this type of thing, but to me, if Apple wants built-in car stereos, I don’t see why they don’t just build a car stereo.

Sure, it’d be nice to get it integrated into a factory vehicle, but doing that is going to take years. It’ll be 2012 or later before we see something come from those talks…even if they start the paperwork today.

I don’t know, I guess I can see where it would be appealing to some buyers, but I’m sure that a fully integrated system like that is going to have a serious luxury price tag behind it. Maybe that’s why I’m not interested…I’m already convinced that I won’t be able to afford it.

Regardless, I just can’t seem to get interested in this idea. What do you think? Would an Apple integrated system in a VW make you buy them over another brand of car?