The Case for Bringing Front Row Back

by Brian Meyer 9 years ago5 months ago
12

Prior to OS X 10.7 Lion there was a little app on the Mac called Front Row. This app turned your Mac into a media center that rivaled the Apple TV. Apple initially launched Front Row as a “digital hub” application to make your Mac the center for all things media related in your house.

Front Row was a great application, one that should have never been mothballed. With the level of integration that exists today, Front Row should make a return to OS X and be better than ever. 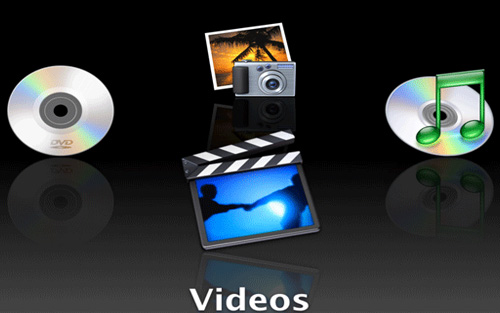 In case you’re new to Apple or you just never hit Command + Esc on your Snow Leopard Mac, Front Row was released on October 12, 2005 alongside the new iMac G5. Front Row was created to be an alternative way of using iPhoto, the DVD player, and iTunes.

Front Row always ran as a full-screen app and was the easiest way of using many media features on the Mac without having to open up each specific app. Jump ahead to March of 2007 and the second version of Front Row was released with the original Apple TV.

Front Row remained mostly unchanged until July of 2011 with the release of OS X 10.7 Lion, when it was removed from the OS. A few aspiring tinkerers figured out how to get Front Row working in Lion, but with the release of iTunes 10.4, this functionality mostly broke as well.

Mac as a Media Center? 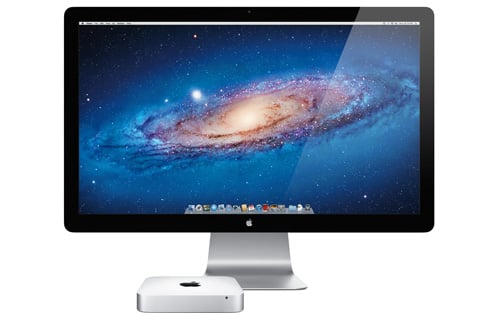 There are quite a few people that believe the Mac Mini makes a perfect media center. You not only get access to the place you store most of your media, but Internet browsing and a variety of apps as well. While the Apple TV touts itself as a sort-of media center, a Mac at the core of your entertainment center is really a great idea.

If you’re enterprising enough you could even use your Mac Mini with OS X Mavericks Server and have it truly be the media hub of your house, serving up media to not only the television but to all the other Macs in your house.

The Mac Mini isn’t the only Mac that can easily be used as a media center, especially since many of us have older MacBooks sitting around collecting dust. Upgrading these to the newest OS possible and running Front Row is a great way to reuse older MacBooks and get great media access.

Why it Makes Sense Again 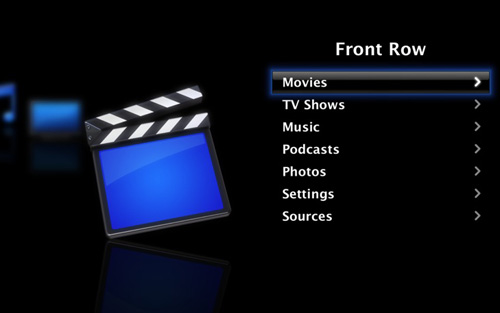 Apple has steadily been moving towards the idea of the integrated home. With just about everything Apple has available able to talk to one another wirelessly, keeping a Mac as the media center is a great idea. Apple most likely ditched Front Row to give more support to the new Apple TV, which is largely a replacement for the media center. While this could be true, a Mac running Front Row could actually use the Apple TV to integrate more easily with the Mac running Front Row.

The increase in wireless communication between Apple devices makes Front Row running through Airplay into Apple TV a no-brainer. Now it’s easy to use the Mac for navigating not only local files, but the DVD player as well, if the Mac has one. While Apple TV can use a shared library easily, the interface that Front Row had just worked better, and could work again with a little refreshing.

And most importantly, many people watch quite a bit of media straight from their Macs with no television involved. Apple offers some very impressive Cinema Displays that would run Front Row pretty perfectly without the Apple TV ever needing to be involved. All those people watching media on their Macs have no media center to call their own. They have to navigate the increasingly clunky iTunes and use the terrible DVD player. Front Row makes sense because the Mac is made for media. 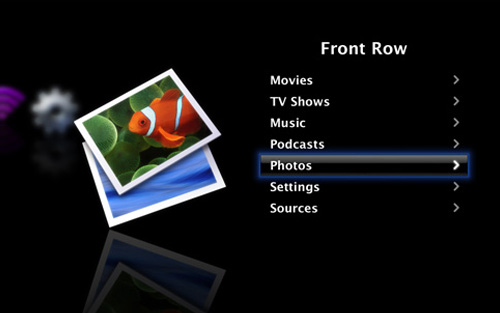 Would I love to see Front Row come back? Of course I would. Do I think it’s a reality that this is even somewhat possible? Not in the least. There will most likely never be a media center built for the Mac ever again. That ship seems to have sailed with the newest iteration of the Apple TV software, never to return again.

Maybe it’s just nostalgia for a time that I left my white MacBook clamshell hooked up to my television and used Front Row to tear through seasons of TV shows via DVD. Maybe software nostalgia is best left in the past, where your memory of it is far better than the reality, but I miss Front Row and would gladly welcome it back to play all my media once again.