Is Apple Trying to Get Fit with Healthbook? 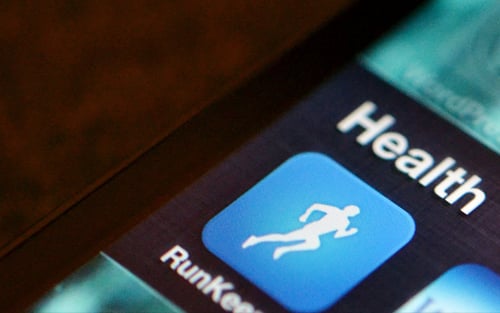 As rumors fly for the iWatch that may never come, an interesting thing has been happening at Apple. Over the past year Apple has been doing some interesting hiring and been involved in some meeting that might result in the deepest health and fitness integration any iOS device has seen yet. Apple may very well be working on a health app dubbed Healthbook and the results should be amazing.

The first clue that Apple was working on something interesting goes back a few months with reports that Apple had hired several scientists, engineers, and managers from the biomedical technologies field. These hires are a pretty good sign that Apple is planning on doing something with sensors and fitness devices. With the popularity of fitness trackers like the FitBit today, this seems like a no-brainer.

When you look at the most notable hires, a common theme of hardware experience can be seen. This means that Apple has beefed up their health hardware department, ideally prepping for a major release.

The most interesting hire is that of Nancy Doughetry from health startup Sano Intelligence. Sano has been working on a way to read and analyze a person’s blood by having them wear a painless transdermal patch. This means no needles to get a basic metabolic panel, which include glucose levels and electrolyte balance. One would assume that Doughetry is bringing this technology in some form to Apple for use in fitness sensors. With hires like this, Apple seems to be tying in as much as they can internally. Unlike Apple’s tie-in with Nike+, this seems to be Apple going the path alone and making something great.

The iWatch Makes an Appearance? 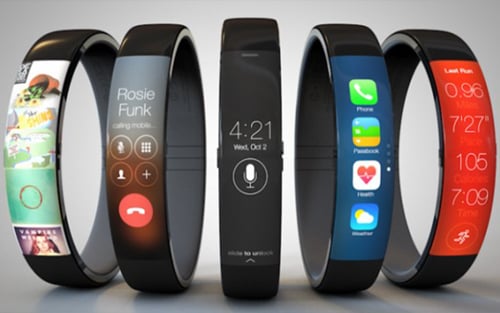 That something great could very well be the much-anticipated iWatch. With medical and fitness sensors as wildly popular as they are today, it only makes sense that Apple use this with their current iOS devices. Think about it: You could wear your iWatch when you go out for a run and sync it to the app of your choice in your iPhone via Bluetooth.

The need to sync via computer could be a thing of the past and with the built-in interoperability that Apple is known for, this should work with all the major fitness apps out there like Runkeeper and Nike+.

The iWatch has been talked about over and over again and constantly speculated on, but it seems that Apple has bigger plans for it than just a watch that connects to your iPhone. If these medical hires are a sign of things to come, the iWatch could be a lot healthier than we thought. 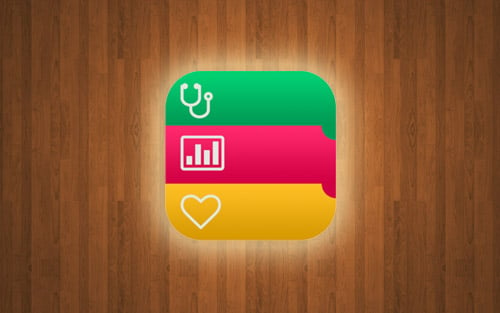 All that interoperability with health apps is great, but if health is going to be a focus for Apple, a little more organization is in order. This is where Healthbook comes in to play. 9to5 Mac reports that Apple is working on an application that will:

“take multiple user interface cues from Apple’s own Passbook app” and “The new health and fitness applications interface is a stack of cards that can be easily swiped between. Each card represents a different fitness or health data point.”

Healthbook seems to be the big tie-in for health and fitness apps with sensors like those that could be in the iWatch and supported in iOS 8. Healthbook could go beyond fitness and give users a way to track medication, vital signs, and other health-related data points.

To drive the idea of fitness and health hardware and software home even further, Apple recently met with officials at the FDA to talk about health applications. While no details of the meeting were released, this should serve as a strong indication that something big is coming. 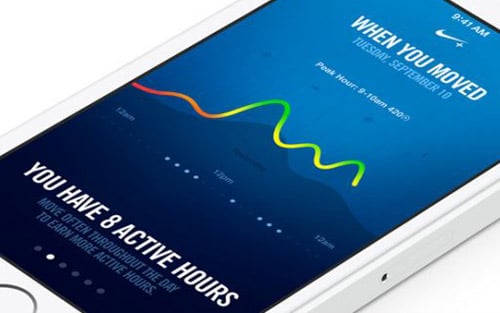 Along with health-related hires, the iWatch rumor mill, and the purported Healthbook app, we can’t forget about Apple’s M7 processor that was touted as enabling “a new generation of health and fitness apps.”

There are patents for blood-pressure tracking iPhones and other clues sprinkled along the way, but with all this the message is pretty clear: Apple is moving into the world of health sooner than later.