by Robin Parrish 9 years ago3 months ago

A lot of new stuff was announced yesterday at the iPhone 5S/5C keynote, but Apple quietly announced or introduced 7 other things that went unmentioned.

Apple hasn’t made an iPhone dock since the release of the iPhone 4. But those sleek little white slabs are making a comeback with the two new models, each one priced at $29. As a nice little bonus, both docks come with a built-in audio port where you can run a line out to external speakers. Here’s where to get your iPhone 5C dock or iPhone 5S dock.

2. A Luxurious Case for a Luxury Phone 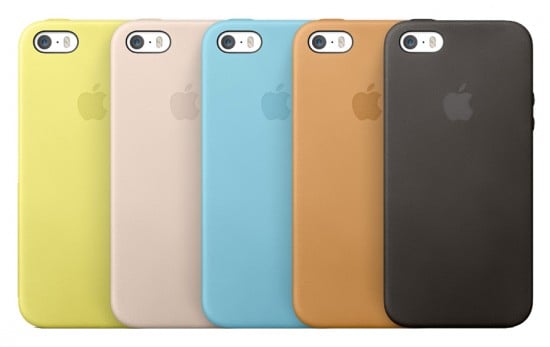 Eddy Cue talked up the iPhone 5C’s soft, silicone case (the one with all the holes in it), but barely mentioned the new case for the 5S in passing. It’s a shame, because the 5S case sounds way cooler. Like the 5C case, this one is a custom-made, Apple-designed accessory, but unlike its hole-filled counterpart, it looks super-swank.

According to the product description at Apple.com, they’re made of hand-molded premium leather and crafted with just as much precision as the iPhone 5S itself, so they add very little thickness to that ultra-thin smartphone, while still covering the volume buttons and on/off switch. The leather is dyed with pigment-rich colors that won’t fade easily. On the inside, there’s a microfiber lining that cradles and protects your phone’s finish.

These cases come in 5 colors that largely match the colors of the iPhone 5C and iPod line — Yellow, Beige, Blue, Brown, and Black — plus a special Project(Red) edition. They cost $39, and it’s worth mentioning that the 5S case will also perfectly fit your existing iPhone 5.

Rumor had it an Apple TV software upgrade was going to be announced at Apple’s keynote, but it didn’t happen. But that doesn’t mean the software upgrade in question is out the window. According to AllThingsD, Apple TV’s specialized version of iOS is getting an overhaul — the same day that iOS 7 comes out: September 18th. Several new functions are expected — some keep holding out hope that Apple will open up the platform with a devkit for app makers — but we won’t know what most of them are until next week.

The one thing that AllThingsD knows is that content playable on your Apple TV will no longer be restricted to the content owned by you. Your friends will be able to play their content on your TV through your device’s AirPlay, and they don’t even have to have a Mac or iDevice nearby to do it. As of this update, Apple TV will stream content directly from iCloud.

This function is similar to that of Google’s new Chromecast device.

After years and years of the same old sounds, Apple smartly decided that iOS 7’s visual overhaul should be an audio overhaul as well. So with the final version of iOS 7, they’ve introduced a slew of new ringtones for you to choose from. Additionally, there are all-new alert sounds as well. You can hear all of the new ringtones above, and the alerts below. 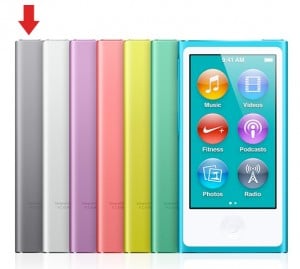 The iPhone 5S boasts a new color in Apple’s crayon box called Space Gray. Apple seems rather keen on this new color, since they unceremoniously added it to the existing color selections of the iPod Touch, iPod Nano, and iPod Shuffle. If you’ve got the itch to get your groove on in monochrome fashion, then you are now in luck.

In case you’re unfamiliar, AppleCare+ is this neat-o deal where Apple replaces your broken iPad or iPhone for $99 or $49, respectively, if they get accidentally damaged. You buy it for $99 when you get your device, and then pay the replacement fee if and when you need it. Before today, AppleCare+ was only available to Americans, but now Apple has opened up the service to Europe as well, which is kind of a big deal.

Apple has also added two new products to the lineup of Care+ eligibility: the iPod Touch and iPod Classic. It’s no coincidence that, of course, these are the two most expensive iPod models. It’s a little surprising that Apple’s offering Care+ for the iPod Classic, since that device hasn’t been refreshed in quite a while and many pundits believed it could be discontinued anytime now. But this would suggest that it’s not going anywhere.

On the downside, AppleCare+ has gone up in price for iPhone users. Which really sucks, since iPhones probably get broken more than any other Apple product. Where it used to be $49, it’s now $79.

For undisclosed reasons, Apple has discontinued the Cards iOS service. For devotees, Apple recommends using the similar service built into iPhoto for Mac. If you don’t own a Mac, then it looks like you’re screwed.