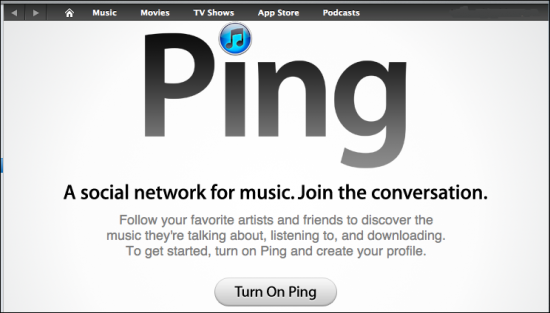 The debacle that was Apple Maps was a strong message to people and Apple fans that not every single product or service the company has released is a resounding success. One of these duds was Ping, the social service integrated into the iTunes.

Apple has officially announced that it is shutting down the service. The service has now been removed from iTunes, its home in the brief period of its existence.

Apple CEO Tim Cook revealed that the Ping service never really gained a lot of traction even with iTunes users. Cook explained that users didn’t see a lot of added value in using the service especially with Facebook and Twitter already getting their and their friends’ attentions.

So what happens to that Ping account – specifically, the playlists created by Ping users? It has been transferred to another part of iTunes, specifically, to iMixes.

With the impending arrival of iTunes 11, a new “replacement” is going to be included into the music management software. This is the integration of iTunes with Facebook. This is the announcement that Facebook’s Mark Zuckerberg made in the iPhone 5 launch event. With the new iTunes, users can share their music, apps, podcasts and ebooks on Facebook. They can also “like” the shared updates of other iTunes users in their friends list. In fact, it’s going to be quite similar to the Spotify integration with Facebook.