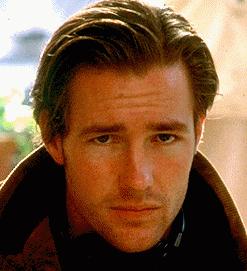 I’m a big Ed Burns fan. I’ve loved his movies all the way back to The Brother’s McMullin. I’m not talking about everything he’s acted in – but the films that he’s written, directed and starred in. He has done some really great work, and I’m excited to see that his new film, Purple Violets, is going to be Premiering in iTunes. Not in the theater…not on DVD. It will be an iTunes exclusive for 4 weeks before being available to buy on DVD.

I think that’s fantastic. Burns said that he received a few “half assed” theatrical deals, but when the opportunity to actually be promoted came his way via iTunes, he decided to give it a shot.

I hope people don’t think this is a quality issue either, I have heard that the film is getting good reviews, and I can say that, personally, I have liked all of his written and directed features. I’ll be buying this one in iTunes the day it’s released. I hope you’ll check it out too.