8 Years Later, Is Microsoft Finally Ready to Compete with... 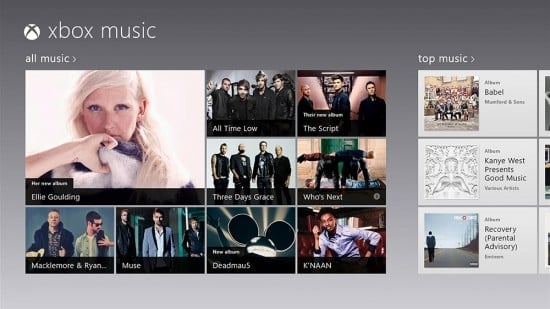 In the third major iteration of its digital music download store, after eight years of trying to compete, can Microsoft finally take on iTunes with Xbox Music?

First came MSN Music Store, which was such a blatant iTunes copycat, nobody even bothered with it. Then they tried to up the ante with Zune, which lasted longer and was pushed harder. But it ultimately flopped, too.

Now Microsoft is readying “Xbox Music,” a wholly new service that offers listeners all of the most popular music options of iTunes, Pandora, and Spotify. It’s got individual songs, like iTunes, which can be purchased and downloaded as 256kbps DRM-free MP3 files. It’s got a monthly subscription option similar to Spotify, that runs $9.99 a month for unlimited streaming. And then there’s the free option, which functions just like Spotify: free, unlimited listening with audio ads in between. But this option comes with a catch: it’s available for Windows 8 users only. It all comes in an attractive interface that uses the tile-focused “Metro” design language that’s integral to Windows 8 and Xbox 360. 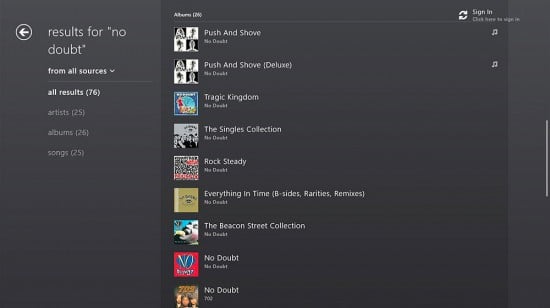 Will the third time be the charm? Apple dominates the music industry with the iTunes Store and has reigned as king of digital downloads since the store’s debut in 2003. Others have made inroads here and there — Spotify and Pandora chief among them in recent years — but only by introducing new ways to access music (namely: streaming).

Microsoft isn’t actually bringing anything new to the table. They’re doing the same thing they always do: copy what others are doing that’s proven popular. Their number one advantage is that they’re Microsoft. There are gazillions of Windows PCs and Xbox 360s in the world, and both will have Xbox Music pre-loaded (or attached to required software updates). But then again, sheer numbers didn’t do much to help Zune. 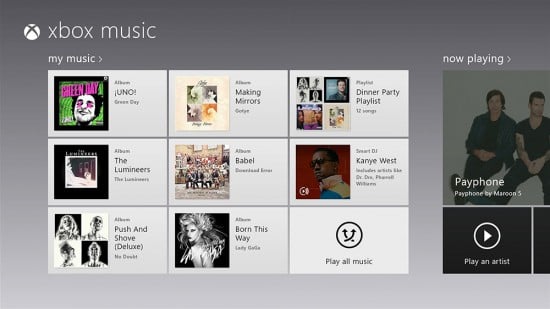