You are here: Home / iPod / Security in 2019: Does Your iPhone Really Need Antivirus Software? 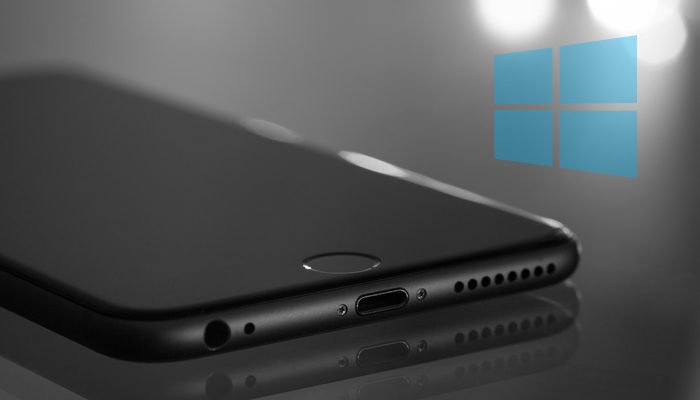 With online privacy and digital security dominating the headlines, you may have been conditioned to believe that every one of your devices needs antivirus software. The truth is, this doesn’t apply to the majority of Apple’s mobile products. While many security companies offer products that support the iPhone, the antivirus aspects are often unnecessary; Apple has made sure of it.

In an iOS security guide released in November of 2018, Apple states it “designed the iOS platform with security at its core”. This is more than just a platitude; while iPhones and iPads aren’t entirely fool-proof – especially if they’ve been jailbroken – the iOS platform is designed to protect the entire system by default. This architecture is unique to Apple’s platform; designed not only to protect your device and its resting data, but everything you do locally, on a network, and on key internet services.

The Problem with Third-Party Solutions iOS Updates. You may have heard horror stories about security flaws and critical vulnerabilities in Apple products. While these do pose a threat, third-party solutions can do nothing to safeguard you from these issues – regardless of how they market themselves. Apple guards its known vulnerabilities and their respective fixes so closely that for the most part, the best you can do is install iOS updates regularly.

Some of these updates are less stable than others and can cause basic functioning errors in your device when newly released. For this reason, it’s wise to wait a week or two before making the decision to download. By this time, any major bugs should’ve been identified and fixed.

iOS Blocks. To understand why antivirus software is so unnecessary for iOS devices, you need to understand how these programs normally function on machines using other operating systems.

Typically, antivirus software needs ‘hooks’ into the operating system which provide the deep access necessary to monitor device activity and detect malware. When available, these hooks can also create potential vulnerabilities, and the antivirus software can actually become the target of an attack.

To safeguard against this, iOS doesn’t allow third-party software to latch such hooks into the system. Using a process called sandboxing, applications are separated from the rest of the system and their permissions are limited, preventing any malicious software from compromising the rest of the system through the infected app. These restrictions mean antivirus applications can’t actually be made for iOS. To function at all, any antivirus solution must be capable of monitoring what other apps are doing and interfering if it identifies suspicious behaviour. You can’t do that in a sandbox.

This acts as a preventative measure rather than a cure, neutralizing malware before it can even get a foothold. It’s worth noting that other operating systems like Android also sandbox their applications, but are far more generous in the extent to which they allow apps to affect each other and the OS as a whole.

This way, no applications you download or websites you visit get the opportunity to steal photos from your device or compromise your fingerprint information. It’s possible you can unwittingly give access to these apps, but none of them can access data without asking first.

So far, iOS has proven that this architecture is strong enough to remove the need for third-party antivirus software. By contrast, Mac, Android, and PC platforms practically require the software – but those operating systems sport much more open designs. Which iOS Security Software is Worth Having?

It’s been established that third-party antivirus software for iPhones and iPads is unnecessary and, for the most part, redundant. The good news is, malware for iOS is fairly hard to come by, at least for now.

Unfortunately, malware is not the only danger out there; other risks are just as important for iOS users as they are for everyone else. These risks include spam, theft, phishing, privacy invasion, data interception, and so on. So, what about the other security software on the market?

Mobile Security Suites. Search the App Store and you’ll find a swathe of so-called ‘internet security apps’. These are not antivirus apps; though many have antivirus engines embedded, they are not allowed to scan other apps or their data.

Many of these contain useful security features including anti-phishing and anti-tracking modules, VPNs, parental control utilities, password managers, ad-blockers, or any combination of the above. That being said, the range in the quality and reliability in any one of these individual utilities is astounding. If you’re genuinely concerned about security, it is wise to hedge your bets and invest in a reputable and dedicated version of each different software type.

Secure Browsers. Private browsing apps will allow you to browse securely with minimal trace on your device. Many of these services automatically block scripts, don’t store cookies or tabs, and allow for user customization. Popular examples include the Onion Browser and Puffin Browser Pro. Unless they’re open-source, the most secure services typically come at a cost.

Anti-Theft Solutions. There are plenty of security suites and dedicated apps designed to prevent or mitigate theft damages. Some, such as Avira or Bitdefender Mobile Security, allow you to remotely locate, lock, and wipe your phone if it is lost or stolen. That being said, the same function can be found on Apple’s Find My iPhone app.

Ad-Blockers. If you’re tired of endless mobile ads but don’t want to use Reader View every time you surf the web, you may want to invest in a content blocker app. This will put ads out of sight and improve your privacy in the process. These apps work in Safari but will need to be approved in your phone’s settings beforehand. Virtual Private Networks (VPN). VPN software allows you to browse on a secure, encrypted connection no matter where you are. Given the risks of unsecured Wi-Fi networks, they’re vital for anyone worried about their online safety. Most providers offer custom apps, but they aren’t all of the same quality – some can even put your data at risk. It’s worth checking a review website to find a provider that’s recommended for iPhone.

Password Managers. These apps allow you to generate and store passwords for any given number of websites, accounts, and apps. This helps ensure you’re using secure, varied keys, and will automatically fill forms where appropriate. Popular examples like LastPass and 1Password secure your data with industry-standard encryption.

Encrypted Messengers. The most secure encrypted messaging platforms will offer end-to-end security for text messages and voice-calls. Many of these services can also verify the identity of the person you’re talking to, as well as the integrity of the channel they’re using. Many of the most secure and popular services are available for free, including Signal and Wire.

Given the speed with which the security landscape changes, it’s wise to stay on top of your mobile security. Steer clear of services which aggressively market their antivirus capabilities for iOS, but don’t get left behind. Do your research and invest in reputable services that can supplement the security capabilities that come pre-packaged with your device.