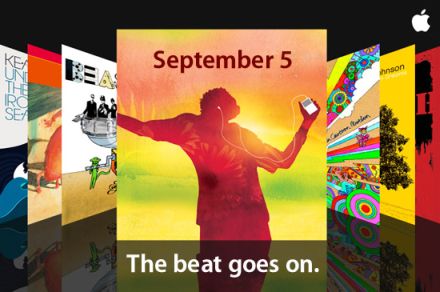 Well, Apple has officially invited major press to a special event on September 5th. Already the speculation machine is getting out of control. Speculation ranges from the release of the rumored iPod Touch models, the release of The Beatles catalog on iTunes, all the way to Jobs stepping down as CEO of Apple, Inc.

The iPod…probably…The Beatles – that’s been the rumor for almost every event for the last year or two, but it has to be right eventually…so we’ll see. As for Jobs stepping down at a special event before the release of Leopard…YEAH RIGHT.

Based on the invite, this is obviously an iPod focused event – I can’t wait to see what they have up their sleeves…but there will be no more mention of speculation here on Apple Gazette.

We’ll be covering the event on Sept. 5th, of course…it should be very intersting.