The sixth generation iPod Nano is the first in its line to run iOS over the traditional iPod Operating system that’s been reliant on a click wheel instead of a touch screen. One man, James Whelton, has already taken the first step to hacking the iPod Nano.

Whelton, an Irish developer has gain access to the Springboard on his iPod Nano which houses the Apps under iOS. By uploading a custom .plsit, Whelton was able to remove an App from the springboard and replace it with a blank space.While removing an App isn’t exactly thrilling, the potential it has is what the jail breaking community has thrived on.

The most notable aspect of Whelton’s .plist hack â€” revealing the loose ends Apple forgot to tie up â€” points to a potential Jailbreak for the iPod Nano: 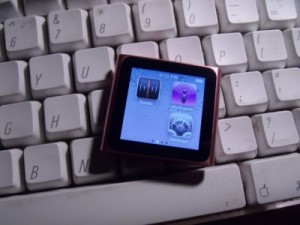 Next is the discovery in some of the deviceâ€™s plists of reference to support of Movies, TV Shows, Apps, Games, vCards, Calender events and so on, with a few other cool things like a passcode lock. With the bypass I figured out, I hope to enable these pretty soon. It seems like the OS is a rehashed version of the previous nanoâ€™s OS.

More details will be emerging in the next few days according to Whelton. It will be interesting to see what the Jailbreaking community and the iPhone Dev Team bring to the iPod Nano and if any third party Apps will flourish on the Nano. The constraints of a 1.5″ 240 x 240 pixel screen could pose a problem from a usability standpoint but I’m confident we’ll see some very cool things with the iPod Nano once it’s Jailbroken.