Does it matter if Obama uses an iPod or Zune? 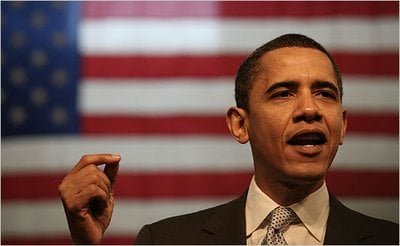 Sometimes I look at the things that blow up on the Internet and I just hang my head in disbelief. We’re currently in one of the worst economic states this country has ever been in. The entire world is looking a recession, and after handing our banks oodles and gobs of cash, our automotive industry is flying down to Washington in private jets to beg for their piece.

Our leaders have some very serious stuff to be spending their time on.

Yet here is Yahoo, Slashdot, PC World, The Wallstreet Journal, and Wired – all taking about “ZuneGate”. For those of you that are lucky enough to not know what “ZuneGate” is yet, it turns out that a blogger at a Philadelphia newspaper wrote about Obama being in the gym next to him. The “reporter” commented on the fact that he was using a Zune to listen to music while he worked out.

This sparked Zune blog posts to announce that Obama was one of them. Apple fans began to flame the stories, and the issue was eventually cleared up by Obama’s spokesman who said “Not true, the President-Elect uses and iPod,”

Now I have to ask. Does this matter in the slightest? I don’t know about you, but I’m just glad to have a President-elect that understands what a computer and digital music ARE…I could care less if he’s using a Zune or an iPod. I wouldn’t care if he was running Vista, Windows XP, or Windows ME – as long as the guy knew what a computer was, and how it worked.

I’m sure some people are just having fun with this – and that’s fine. I can’t for the life of me, however, understand why we’re wasting time at press conferences actually asking the President-elect’s spokespeople about this nonsense.