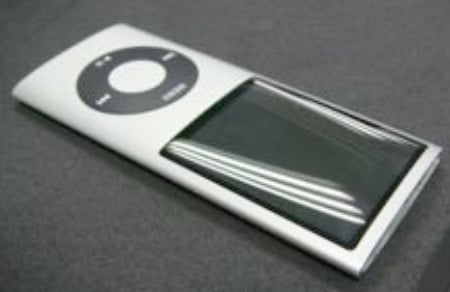 Digg and Revision 3 found Kevin Rose made a splash on the Internet this weekend with new rumors about Apple’s next refresh of the iPod line-up. We’ve all discussed how Apple has made a habit of hosting a special event in September to announce the fall iPod line-up, but Kevin comes in with some very specific rumors, even going so far as to prove said rumor with the image above, which is supposed to be the iPod Nano.

According to Kevin’s video post (which you can see after the jump), we can expect a revamp of the entire iPod line, small cosmetic changes to the iPod Touch, iPhone 2.1 software, iTunes 8.0 with major new features, and a brand new iPod Nano with a wide curved body and screen. The biggest announcement, though, will be the pricing on the iPod line, which will reportedly be lower than that of the iPhone’s $199 price point. Now, I assume that is for entry level models, and not for the entire line…but we’ll see.

Kevin has discussed Apple rumors in the past and been wrong, most recently when “revealing” that the new iPhone would have an additional camera for video conferencing, but with the added support of this image, and his Internet rep on the line, I think its safe to say that at least HE believes all of this to be true.

We’ll know for sure in the next few weeks.