The Police Siren App is Loud! 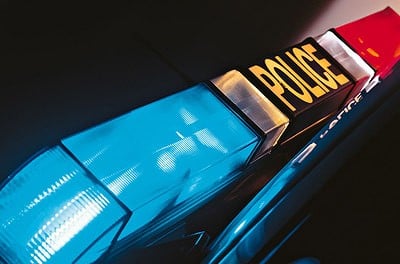 Just think of the possibilities of having oneâ€™s own portable police siren and flashing strobe light. Well the â€œPolice Sirenâ€ App is not amongst the Top 25 Free Downloads in the App Store for nothing.

For instance, if a heavy-footed inconsiderate oaf in a car cuts someone off and nearly causes an accident, then the iPhone user can stick this very loud siren out of the window and scare the living daylights out of the catastrophic transgressor.

The â€œPolice Sirenâ€ application is free for the iPhone. The simplest App ever created works in one mode: on. Press the application to turn the iPhoneâ€™s screen into a strobe light of flashing red and blue halves, as the mobile speakers send out a brash and perfectly mimicked police siren noise.

Imagine the holiday party that has just started to really kick up the grooves, the alcohol-induced dancing and the loud socialization that equals fun. Then picture the owner of the partyâ€™s locale abandoning all sense of reason and fear of neighborhood noise violations to dance the robot with the crowd. Suddenly, from seemingly nowhere the gloriously boisterous police siren emanates from a hidden iPhone and the â€œPolice Sirenâ€ App then gives them all a humorous jump through the ceiling.

The uses for the â€œPolice Sirenâ€ application can only be limited by oneâ€™s own mind. This App is pure fun. Even the police officers could make use of this by allowing their partners to think they left the squad car running with the siren on!