Reuters and the German iPhone Report 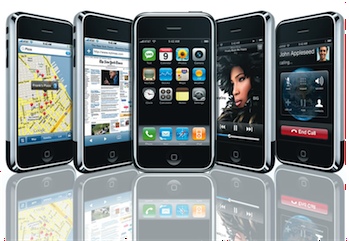 Reuters published an article today claiming that the iPhone has “failed to grip Germany” based on the fact that only a few hundred people waited out all night to get their hands on them.

They also go on to state that “Almost all the people lining up to buy the phone were men.” and “Away from the hardcore fans, however, Germans in downtown Frankfurt lived up to their reputation for thrift and resistance to hype.”

Does anyone else find that kind of wording odd, or have I just not had enough sleep?

Regardless, a lack of long lines with people waiting to get the iPhone is not surprising in the least. It’s been made pretty clear that the iPhone is going to be available to anyone who wants it – there is plenty of supply. Plus, in the US, many of the people waiting in line were looking to resale the iPhone, thinking that they were going to make big bucks off of Ebay – which I’m delighted to say wasn’t the case.

Only the hardest of the hardcore are going to wait in line for the iPhone during its European releases – the rest of the world is just going to go by the shop on their way home and pick one up. The lines aren’t necessary in the slightest – they’re just fun.