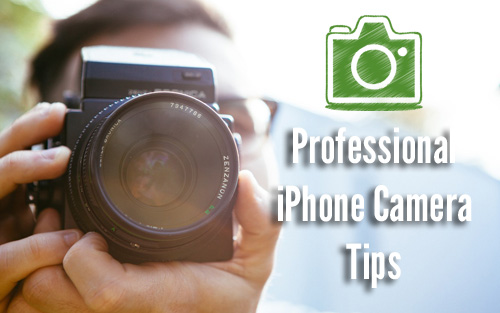 The camera in the iPhone 5 as well as the updated version in the iPhone 5S both have some pretty great features that take the iPhone’s camera from a simple smartphone camera into a device that rivals today’s point-and-shoot models.

This doesn’t mean your iPhone 5S is going to replace your DSLR any time soon, but by using these iPhone camera features, you can get the most out of the camera that’s always in your pocket.

Before showing you how this works, it’s worth noting what AE/AF lock actually is. Your iPhone’s camera is pretty smart. It automatically judges where it should place the focus for the shot as well as what exposure it should use. More often than not this is 100% spot-on, but if you want the camera to adjust to a specific point on the screen all you have to do is touch it. This will change the focus and exposure to the new location.

What if you’re trying to get a dynamic picture where lighting is a little crazy? Every time you move away from the light source your camera will adjust to the new exposure setting and focal point. Instead of adjusting this every time you move you can lock the auto exposure and auto focus to any point on the screen. 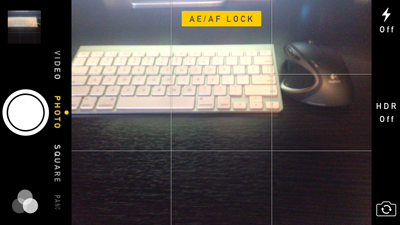 To lock auto exposure (AE) and auto focus (AF) just touch the point on the iPhone’s screen where you want them locked and instead of moving your finger as soon as the square appears, hold your finger until the square pulses a few times. When you remove your finger the screen should say AE/AF Lock.

Depending on whether you have an iPhone 5 or 5S, burst mode is either a pretty nice feature or one of the best camera features to come out for iOS so far.

You probably guessed that if you have an iPhone 5 you get the lesser of these two features, but it’s still pretty useful. When taking pictures you can take a burst of images in rapid succession by simply holding down either the camera button or the volume up button. This will take pictures as fast as the iPhone can shoot. The upside to this feature is that you’re bound to get the exact shot you want in an action-type situation, but the downside is you’ll have a lot of pictures to look through that all look nearly the same. 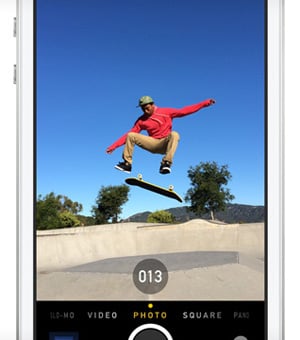 If you have an iPhone 5S however, burst mode is a lot more interesting. The iPhone 5S’s camera is capable of taking 10 shots per second, making it quite a bit faster than its slower brethren. You activate burst mode the same was as with the 5, but the results are far better.

Instead of 20 or more photos clogging up your camera roll and photo stream, you’ll see what your iPhone thinks is the best shot out of the group and when you tap it, you’ll get a mini folder full of the burst shots. Choose what you want and delete the rest.

Just about anyone familiar with art or photography is aware of the “Rule of Thirds” but in case you aren’t, the rule basically says that every image should be broken up into thirds and major components of the image should fit into one of the thirds instead of a half or dead center. 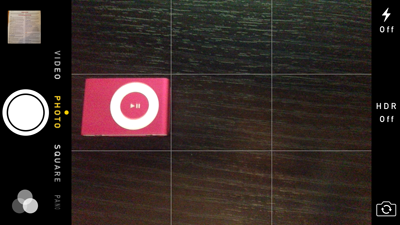 In iOS 7 the grid feature has moved, so many users thought it went away. To turn the camera grid on, open up the Settings app and tap on Photos and Camera. Here, scroll to the bottom until you find the Grid toggle under Camera. Switch it on so the toggle shows green and now your camera will have a grid overlay.

The iPhone’s camera can do a lot more than take selfies and Instagram your lunches, it’s a very powerful point-and-shoot device that, with a little practice, can give you phenomenal results. Have some favorite Professional iPhone camera features you’d like to share? Leave them in the comments below.