Mozilla Won’t Bring Firefox to iOS Because Apple’s Acting Like...

by Robin Parrish 10 years ago11 months ago
2 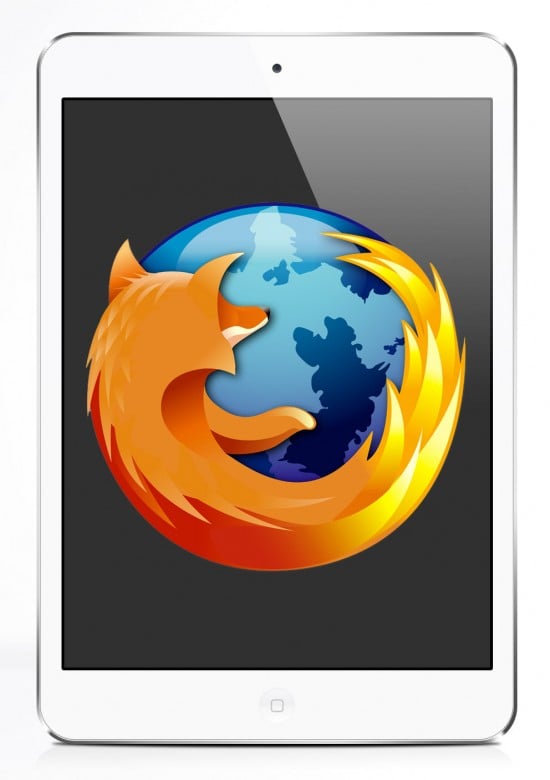 I use Firefox on my Mac. Sometimes I use Chrome. I never use Safari.

When it comes to my iPad, I’d much rather use Firefox. But that’s not happening anytime soon. Here’s why.

Mozilla would love to bring Firefox to iPad. They’ve said as much in the past, and even shown off a prototype tablet version of Firefox codenamed “Junior.” But last week at SXSW, Mozilla’s Jay Sullivan told attendees that his company has no interest in creating an iOS Firefox due to Apple’s bullish browser tactics.

What’s he referring to? He’s talking about the politics of web browsers that Apple’s created for iOS devices. See, Apple powers its mobile version of Safari with a rendering engine called “Nitro.” For third-party browsers like Chrome and Opera, Apple provides access to a different rendering engine, known as “UIWebView.” The thing is, Nitro is faster than UIWebView. So by forcing all other browsers to use a slower rendering engine under the hood, Apple ensures that their own Safari browser will always be the fastest window to the Web on iPhone and iPad.

This doesn’t sit well with Mozilla, and I’m inclined to agree with them. Mozilla would rather bring its own rendering engine to mobile browsers. And rather than be forced to use an inferior engine that could tarnish their brand, they choose not to play ball at all.

But, you might argue, Apple created the iOS platform and all of the mobile devices that use it. Why shouldn’t they have the right to give themselves an advantage that’s not shared with others?

Well of course they have the right to do whatever they want with iOS. They created it and they own it and they’ve patented the crap out of it. But rigging the game this way, so that they always default to come out on top…

It’s crummy. It feels like cheating. And it’s exactly the kind of strong-arm, our-way-or-the-highway tactic that Apple haters cry foul about all the time.

What would be so wrong with letting other browsers bring their own software to iOS? It’s not like Apple has this strong browser brand to protect or anything. On desktops and laptops, Safari’s market share typically hovers between 9% and 12%. That’s miles behind the likes of IE, Chrome, and Firefox. Safari gets tons of mobile traffic, but that’s because iPhone and iPad owners pretty much have to use Safari to get any kind of speedy browsing experience on their devices.

I don’t want to use Safari on my iPad. It may suffice for the average user, but it’s an inferior experience for my needs. Chrome for iOS may use a slower rendering engine, but it provides more options, a smarter layout, better gesture controls, and an overall superior mobile experience. Still… It’s a compromised piece of software. It’s not what it could be, and that’s Apple’s doing.

I’m not arguing for a completely open source iOS. I absolutely see the value in Apple maintaining a unified OS. Look at how fragmented Android is, and how hard it is to standardize software for it because of its hundreds of iterations and specs. Developers love developing for iOS because they know their apps will run on all Apple devices. The open source debate is a different topic, and not what this is about.

Would Steve Jobs have approved of Apple building-in this browser advantage for themselves? Of course he would. For all we know, it may have been Mr. Jobs that implemented this policy when iOS was first being created. (Actually, the more I think about it, the more likely that seems.) But that doesn’t make it the right thing to do.

Apple is transitioning into a different kind of company under Tim Cook’s leadership, and this kind of bullying is not who they should want to be.