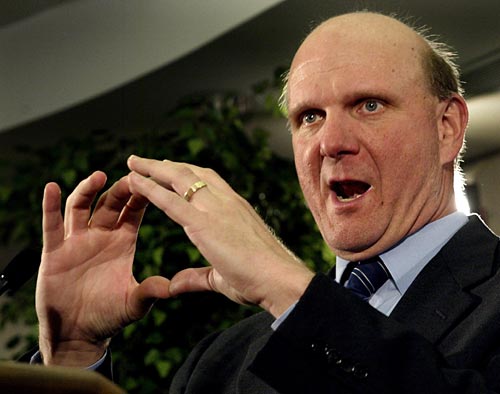 Steve Ballmer spoke on Friday about Webkit, the App Store, and Facebook, making it clear that Microsoft’s long standing policies to innovate by copying what others have already done, is going to continue to be the flagship motto of the company for years to come.

According to Apple Insider Ballmer dismissed Webkit as interesting, but refuses to build a version of IE around it because he says its vital to Microsoft to continue to develop “proprietary innovation” through “innovative extensions” that they can only do on their own platform.

He also praised Facebook and Apple for their software distribution, suggesting that Microsoft might be building their own App Store variant in the future. Microsoft is also testing a “Facebook” knock-off called “Townsquare”…you know…because the world needs just ONE MORE social networking site.