How iOS 7 Will Save the iPhone 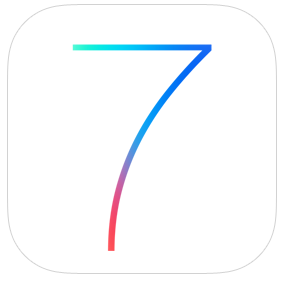 The world of smartphones has grown crowded over the years since the original iPhone launched in 2008. Where Apple once slayed the competition they now fight for market share. By no means is Apple down on its luck, though, as the number 2 maker of smartphones is still in the game and gunning for number 1.

iOS 7 marks the biggest change to the operating system that has grown to be synonymous with the iPhone and is a much bigger deal that most of the Apple fans out there downloading it probably imagine, but it is how iOS 7 will save the iPhone.

Behind the fanfare and constant online chatter there is a bigger plan from Apple. iOS 7 is the first major upgrade to the iPhone’s operating system since the death of Steve Jobs. With the increased involvement from Jony Ive, iOS 7 has gained a completely fresh look that may have never happened under the watch of Steve. This departure from the old look and feel is not only welcome by users, but is very much needed to save the iPhone and keep Apple competitive in the smart phone game. 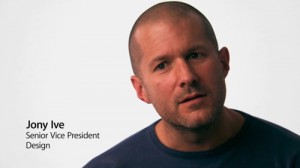 Apple has long fought the battle for users with the Android OS, but recently Microsoft has upped their game with the new Windows phone. With a clean look and simplicity in use at its heart, the Windows phone seems to have lit a fire under Apple and drove them to create something far and away the most innovative upgrade to iOS yet.

Flat is The New Black

The need for Apple to stay competitive is apparent and it seems this fact was not lost on those designing iOS 7. Gone is the blank lock screen and hard to find settings and in come the Control Center and upgraded Notification Center. This seems to have followed the jailbreaking community and their need to customize the lock screen of the iPhone as well as to improve upon some core functionality found in Android.

Gone also are the mimicked leather planners and icons so shiny they look like they’re actually sitting on your desk and in come the clean, flat, detailed icons that were needed. The iPhone was originally meant for the smartphone market of 2008, which was much more adult than it is today. The users of the phone then were familiar and comforted with the faux items that filled previous versions of iOS.

The shift in users of the iPhone has shown that more and more younger users are jumping on the Apple train and those younger users might not even know what a leather desk blotter even is, let alone like how it looks on his or her phone. A change was needed to make iOS updated and give Apple back some of the competitive edge it was lacking. iOS 7 does both of these and more. The flat icon look is here to stay, and for once Apple is out in front of this change.

It is apparent that Apple knew the old look and feel of iOS 6 and below just wasn’t going to cut it in today’s market and they upped their game to give us this amazing OS.

I am a long time Apple user and a member of the Developer Program with Apple. This means I’ve been playing with iOS now since it was first made available to developers and I have to say that the effort that has gone into making this the best release of iOS yet has been seen throughout the constant updates to the developer beta.

Apple needed something to keep themselves competitive in the smart phone market and iOS is what it takes. With the clean, flat look of the operating system that goes from the icons and menus down to the layered, transparent effects seen throughout the OS, Apple knew their competitiveness was on the line and hit this one out of the park.

Apple needed to show the world that they could function without Steve at the helm and with iOS 7 they have shown this without question. Apple made a huge amount of changes to an OS that have a diehard clan of followers, which can be a very scary thing, but the obvious research and need to make the OS be less cluttered and cleaner gives iOS 7 the update it needs to help save the iPhone.