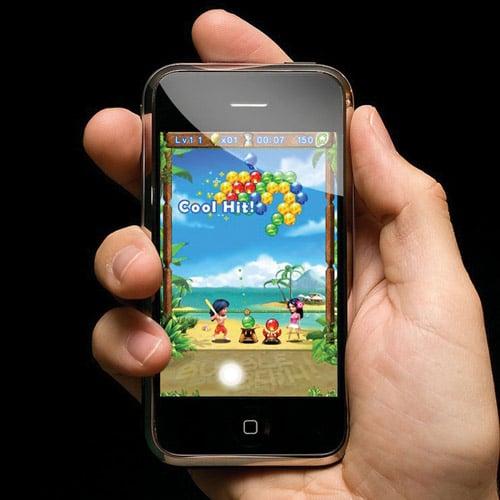 Are you ready for a saturated iPhone gaming market? Because, brother, its coming. MacNN reports that Gameloft, one of the leading developers of games for Apple’s iPod and iPod Nano lines has declared that they will produce at least 15 games for the iPhone in 2008.

Frankly, I wish they’d slow down a bit and produce 1 or 2 quality games, instead of shoving 15 out the door. When you add heavy hitters EA, and SEGA as well as Freeverse into the mix (and I better get my native Frenzy from Iconfactory) – the iPhone gaming market is already looking kind of crowded.

With indy developers already tinkering with the iPhone SDK as well, you can expect a plethora of games to hit the iPhone – the question is…how many of them will be good?