Everything You Need To Know About The Verizon iPhone 4 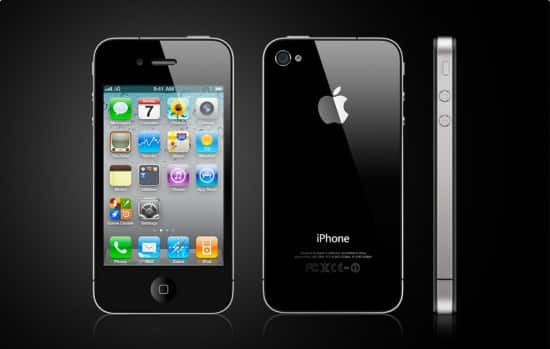 No. The iPhone 4 on Verizon uses a CDMA radio instead of GSM and has a 3G EVDO connection which does not access data while on a call. This is a huge difference from GSM phones which can access data while making a call on a 3G connection. If you’ve been a Verizon or Sprint customer, you’re already aware of the downside to this. However, it’s a tradeoff of the CDMA standard.

Your Existing iPhone 4 Case Will Most Likely Not Work

As noted, the iPhone 4 comes with a new antenna design which has 4 gaps instead of 3. Due to the fourth gap, the ringer slider and volume buttons have been pushed down closer to the dock. While not easily noticeable, it does create a serious problem for users that have a case that only fits the current button design perfectly. If there is a larger gap on your iPhone 4 case where the volume/ringer buttons are, then your case should work. If you’re using a free bumper from Apple, it won’t work.

No FaceTime Over 3G

Reports have been coming in that Facetime won’t work over 3G on the Verizon iPhone 4. Multiple representatives from the event have confirmed FaceTime will be WiFi only. This shouldn’t be a huge surprise considering most cellular carriers are sensitive about data intensive Apps.

The iPhone 4 on Verizon doesn’t need a SIM card. Activating the iPhone will most likely be handled by Apple and Verizon. The activation process, which is done through iTunes, shouldn’t change.

Shortly after the iPhone 4 was announced on Verizon, the FCC gave its approval on the device. What are the wireless specs? The Verizon version of the iPhone 4 is labeled as A1332 (instead of A1349 for the GSM version). Powering the CDMA version is support for 850 and 1900 MHz bands and EV-DO Rev. While there is no GSM compatibility for roaming outside of the US, Verizon had this to say.

customers can use iPhone for voice and text in over 40 countries with data service in over 20 countries. For service availability and rate information, visit International Roaming Rates and Coverage. When travelling outside of these 40 destinations, the Global Travel program is the perfect short-term solution for the occasional or infrequent global traveler who needs to stay in touch when travelling internationally.

Can I Use The iPhone On Sprint?

maybe and that’s a huge maybe at that. Tim Cook confirmed the iPhone on Verizon isn’t an exclusive deal which opens the possibility of Sprint carrying the iphone should a deal be reached. In the mean time, we’ll have to wait for a Software/Hardware unlock and that’s still trudging in murky waters. Apple Gazette will keep you updated on unlocking the CDMA iPhone 4.

Can I Use The iPhone 4 As A Mobile Hotspot

Yes! One of the features announced (and possibly coming in iOS 4.2.5) is mobile hotspot support for the iPhone 4. The phone can create a WiFi connection that up to 5 devices can access. All of these devices share the iPhone’s 3G data connection so keep in mind download speeds might come to a crawl if a lot of data is being consumed.

Antenna-gate, Does That Still Apply?

It shouldn’t, but it could. One of the biggest causes for Antenna-gate was a problem called attenuation, or the antenna becoming detuned when held in a certain position. The extra break in the antenna (upper left, above the ringer switch) should remove that problem but as always, having the antenna exposed leaves it open to some risk of attenuation,.

When And Where Can I Buy The iPhone 4 On Verizon?

Starting February 3rd all Verizon customers can pre-order the iPhone 4 online. February 10th anyone and everyone can buy the iPhone 4 from Verizon or Apple online and off.

This is an extremely difficult question to answer. If you’ve kept up with the Blogosphere at all since the iPhone’s debut, you’ve certainly heard horror stories of AT&T having extremely poor coverage anywhere from SXSW to San Francisco. It comes down to two factors: if you’re that unhappy with AT&T and know Verizon has better coverage in your area, go for it.