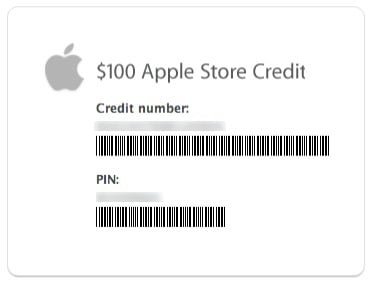 I only have 5 days left on my .Mac trial – so I decided it was time to upgrade (primarily because of the new and upcoming features). I went to the Apple Store (since I can’t use my Apple credit on the .Mac website to upgrade the account – which seems kind of stupid, but whatever), added .Mac to my cart, and proceeded to check out.

There was just one problem…my Apple Store credit was gone. According to the site, my card was empty.

Slightly concerned – since I hadn’t spent any of the store credit – I called Apple. “Greater than 5 minutes” later, I was speaking with a customer service rep. She explained to me that Apple was having some problems with the iPhone Credit on the day of the announcement.

What do you have to do to get your credit back?

According to the rep, all I had to do was go to the site (which you can find here) and go through the process of claiming my credit again. I did that, and it worked fine. My .Mac upgrade is now being shipped to my house (which – again – seems kind of stupid…since it’s an online service), and everything worked fine.

Just a word of warning to all of you that jumped in early and got your iPhone credit.