The iPad and my Mom – One Week Later 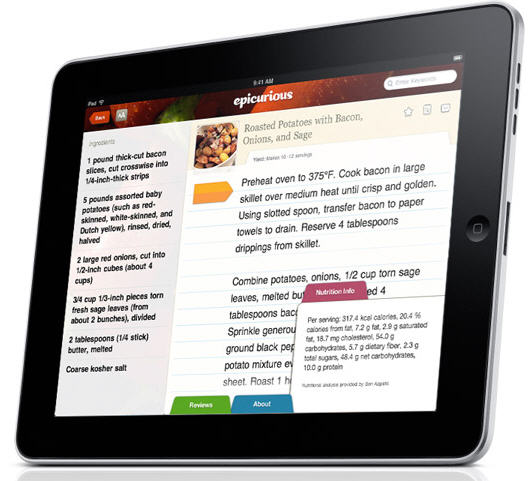 Frequent readers of this blog may recall that last week I bought my mom an iPad for mother’s day. Not only did I instantly win a “Best Son Ever” award, I think I may have converted her into a Mac fan.

My mother works with my dad at their software company, where she handes all sorts of different things that are PC related. Both of my parents bought iPhones when the 3G came out, and they both love it – although my Mom can’t update to 3.0 for some weird reason. But when she’s at home, my mother uses her Dell to edit pictures of her cats and dogs, then send them off to friends. My mom loves her photos, that’s for sure.

When my son arrived, my mom would take her laptop with her when she wanted to show friends pictures of the grandson. Of course, this didn’t make a lot of sense, which is why I got her the iPad. I pre-loaded it with pics of my son too, that way she was all ready to go should a hair appointment or similar show-off opportunity arise.

She’s had a week with it now, so when we saw each other today, I was ready for an update. I barely walked in the door when she said, “Kevin, do you want to see what I got for my iPad?”

My mother is an organizer, so she started off by finding a good grocery list program to use for her weekly shopping adventures. After a few misses, she stumbled on one she really liked, and now she’s using that one every day. She also bought a To-Do list, but that was another miss as well. I suggested Things [iTunes Link], but the price is a bit prohibitive for her considering she’s not sure if she’d like it. Frankly, I agree. I’ve spent $55 on Things so far, I’m not going to dump in another $20.

But the real change is with her notes. She explained to me that she used to make lists on a notepad every day, then cross things off as they come. Now she can use the iPad in a variety of different ways, and never have to worry about losing her notes. It’s the perfect companion for her. So much so that she bought a little case that she can put in her purse, and now she takes it with her everywhere. The iPad is her new best friend.

I’m really happy that my mother enjoyed her gift, and I’m hoping that it continues to be a good thing for her. But more importantly, I really think my mother would love a Mac. And maybe, if I can raise the money, I’ll figure out that one, too.