Order an iPad Yet? Well You’re Outta Luck For Launch... 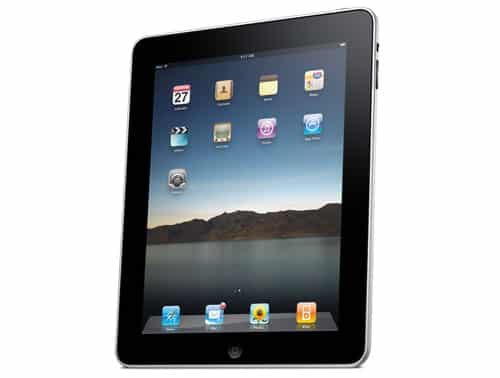 Well, it looks like if you haven’t ordered an iPad yet, you’re going to miss out on the big launch day. That’s because the Apple store now shows a release date of 4/12 for any orders placed today forward. Looks like all of those guesses for the large sales are true, because the big rumor is that Apple’s having trouble keeping these things in stock. In fact, it looks like they’re delaying shipments until the 12th to keep things moving smoothly. Of course that means it won’t, and from the 3rd to the 12th, people will be walking into Apple stores all over the country trying to buy a device with nothing they can do about it. Bummer.

I’ve discussed my thoughts on the iPad ad nauseum, but that doesn’t mean that my opinion is going to stay the same. Since a lot of my friends know that I write over here, I’ve been the go-to guy for iPad and iPad accessory related questions. This brought up a big debate among me and my parents this morning about the merits of the iPad. I talked on both sides of the fence, while my father was pushing for it and my mother was undecided. My dad thinks that it could replace my mother’s PC for a number of reasons, particularly picture storage and so on. But she’s not so sure. I provided some fuel for the fire of course, so we’ll see how that goes.

But the more I talk about it, the more I want one. In fact, I’m pretty close to the “want it real bad” side of things – a dangerous place for me to be, frankly. I can totally see using this as a business tool for new clients, or to show off projects at an office. As far as I’m concerned, this could even boost my productivity a bit, which is an exciting proposition.

So sure, the pre-order has been pushed back. Fact is though, I want a 3G model, so I’m in line anyways. It’s not my first priority, but it could be very easily. Of course, let’s see what happens a month from now when I’m posting this from my iPad.