iPad 2 Could Be Coming to Verizon 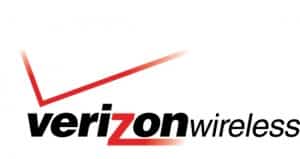 The amount of rumors coming out for the iPad 2 have been ramping up as anticipation builds for the next generation tablet. The latest rumor: the iPad 2 could be coming to Verizon.

The 3G version of the iPad is only compatible with AT&T’s 3G UMTS network. The hardware needed for the table to connect to Verizon’s network â€” a CDMA modem â€” isn’t available in the iPad. That could change with the next generation iPad according to DigiTimes

Apple is expected to release three versions of iPad 2, supporting either or a combination of Wi-Fi, UMTS and CDMA, for 2011 with mass production to start as early as the later half of January. Apple will ship about 500,000-530,000 units to channels in January with shipment ratio of Wi-Fi, UMTS and CDMA models at 3:4:3, according to industry sources, citing upstream component makers.

The iPad is available to purchase from Verizon but requires the use of a Mifi or portable 3G hotspot that connects to the tablet over Wifi and accesses Verizon’s CDMA network. If this rumor is true, consumers won’t need to purchase a separate mobile hotspot and will be able to choose which carrier they want to use with their iPad before they purchase the device.