You are here: Home / Games / Five Reasons Why iOS Gaming is Superior 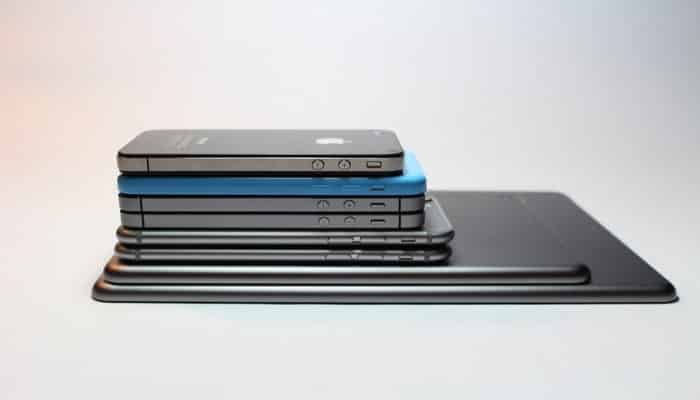 The debate between iOS and Android has been going on ever since the dawn of smartphones. The argument usually revolves around the designs, features, and specifications of each phone. Needless to say, even hardcore mobile gamers have their own debate about which one is better.

Mobile gaming is one of the most popular features of smartphones, and game developers have invested in more innovative games for the mobile market. However, as new games become more complex, so do the required specifications in order to run it. Both iOS and Android developers are doing their best to meet creative and practical demands, just to ensure that players will experience enjoyable and seamless gameplay.

However, only one could stand out from the other. It’s not even a secret that when new iPhones come out, gamers just line up the Apple stores to get one. Most people think that it’s just the hype, even thinking that iOS isn’t all that remarkable or worth its price.

However, it’s also understandable why some members of the gaming community would prefer an Android. It is cheaper, and there’s a wide selection to choose from. However, affordability and selection aren’t really the criteria for gaming superiority, so here are five awesome reasons why gaming on iOS is superior to Android.

One of the many cool things iOS gamers enjoy on their iPhones is the fact that they have access to the latest games earlier. This isn’t just a trend or some sort of business negotiation between Apple and game developers. The truth behind this is simpler than you think. It’s easier to develop when you only have two types of devices to deal with—iPhones and iPads.

Both are from the same company, so developers will only have to create for one mobile device manufacturer. On the other hand, Android phones are scattered across thousands of phone companies, all competing with each other, and even run different kinds of Android versions which game devs have to adjust to. Basically, developing games for Apple competitors take more time than usual. Many Android users argue that there is a larger gaming library on the Google Play Store compared to the iOS market. They also often mention that there are more free and multiplayer games for Android. It is true that when you hop into the Google Play app store, you can choose from a wider selection of games compared to iOS.

The simple explanation to this is that Apple prioritizes quality over quantity. In 2016, Apple made sure to delete unnecessary apps that don’t meet the company’s standards. This caused a multitude of apps to be wiped out from the iOS store, including several game titles. However, the ones that do meet the standards are able to stay. This ensures that gamers using the iPhone or iPad can only download and play premium quality games.

This strict implementation of high standards ensures that users will be safe when downloading and using apps on an iOS device. This limits the risk of downloading virus-infected apps or malicious apps that could potentially harm users. Such is the case of the fake WhatsApp program that managed to wiggle its way into the Google Play Store, risking millions of Android owners worldwide.

So while it is true that you have a wider gaming catalog on Android, Apple, on the other hand, makes sure that you only get the best apps in the market. All while keeping your personal data safe from harm.

3.  It’s The Most Powerful Mobile Device

Let’s get into one of the few things that truly make iOS better than all its competitors. Everyone knows that the processing power of iPhones is superior in the mobile market. The new A12 Bionic processor for the iPhone XS and XS Max is by far the fastest processor out there in the mobile market, even going as far as topping the Samsung Galaxy S10 Plus when it comes to performance.

This makes rendering graphics or even loading times in the game seamless. In fact, gamers who use iPhones report fewer compatibility issues and operating system (OS) issues. Apple also makes it a point to update their OS across almost all versions of their devices. You can update to the latest iOS version even if you’re using an iPhone from four years ago. So the overall gaming experience with iPhones and iPads is still better even if you’re using an old model. We’ve mentioned earlier that one of the reasons why iOS users get the games first is that developers find it easier to make them for Apple. Diving deeper into the spectrum, it’s also more cost-efficient to develop for a device that only deals with a few OS versions. Since Apple updates their OS at a faster pace than Android, developers don’t have to make their game compatible with older versions when users decide to update.

As opposed to Android devices where updates take more time than it should, devs are forced to spend unnecessary resources to make sure that their game is compatible. This also presents another set of problems when the compatibility port isn’t done right, damaging the user’s experience in the process.

This is on top of the popular belief that Android users favor free games more than premium ones. This notion leads game developers to believe that they can make more money by prioritizing the Apple market first, then Android second. 5.  No Bloatware, No Problem

One of the biggest headaches you can experience when buying an Android phone is the massive bloatware that comes with it. Bloatware pertains to the apps or programs that come pre-installed on your mobile device when you buy it. And when you go for Android, you’ll see them a lot. The worst part about it is that they take up memory space, and users have no option to uninstall them either.

Apple keeps their bloatware to an absolute minimum, and when we talk about the minimum, we mean practically nothing. When you buy an Apple device, you’ll only see some extra apps like the Apple Watch. It’s understandable as the new iPhones would need that software if you want to get the watch for an enhanced iOS experience. Other than that, there is no bloatware like the ones that come from your service provider. Apple makes sure that when you buy a new device, it’s as bare-bones as you can get, so you are free to customize your phone as you please.

It’s a long way before its competitors dethrone Apple as the leading smartphone manufacturer in the world. Both the iPhone and iPad devices are designed meticulously from it’s processing power to its seamless design. This is practically one of the many awesome reasons why iOS gaming is superior in every way.