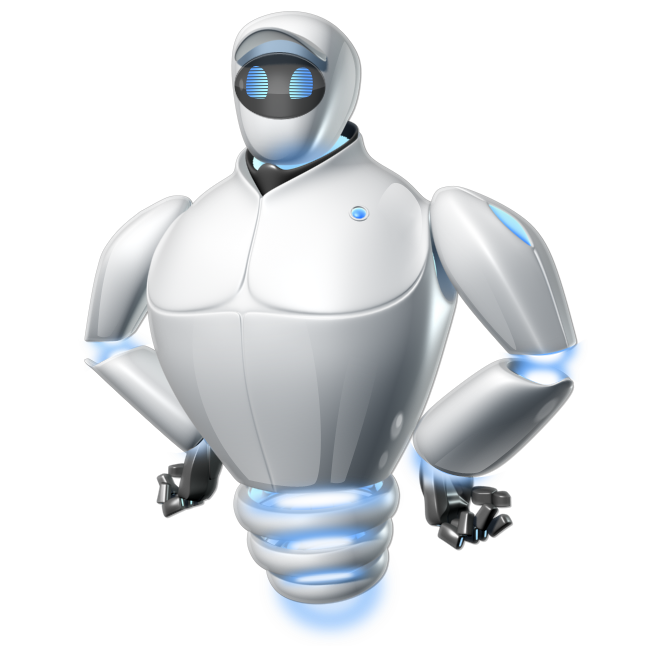 In April of last year, Apple Gazette published a review of a very popular piece of software called MacKeeper. Currently, there are over 80 reader comments on that review — most of which are extremely negative. Yet MacKeeper is a well-reviewed piece of software, with universally positive marks. So what’s going on here?

Since we first posted our review of MacKeeper, it’s become one of our most-visited pages, consistently ranking in our top 5 overall pages. It’s become so high in traffic that if you search for “MacKeeper” on Google, our review is (at the time of this writing) on Google’s first page of results. Clearly, something about our review (or the reader comments therein) has struck a nerve. ZeoBit, the company behind MacKeeper, contacted Apple Gazette recently with a surprising claim of why their app has gotten so many negative comments: ZeoBit believes that it is the target of a smear campaign by one of its competitors. I asked that this competing company be named, but ZeoBit stated that they have no desire to start a war — though they did ask if we could give their counter-arguments a forum.

Allow me to be clear: as an unbiased publication, Apple Gazette takes no side on this issue. But given that the naysayers have had the floor for over a year now, we feel it’s fair to give ZeoBit equal opportunity to defend itself. We encourage our readers to examine both sides of this issue, and draw your own conclusions.

Before we get to ZeoBit’s rebuttal, let’s look at some data.

One of the most common reader complaints you’ll see on our review page is that MacKeeper uses too many system resources, rendering Macs slow and unusable. ZeoBit provided the following data based on their documented studies of MacKeeper’s CPU usage:

ZeoBit points out that 40% of CPU usage on that last one might seem high, but the maximum is only reached when an external attack occurs. The numbers will differ based on your Mac’s memory and processing options, as well as how much and what software you have installed, so no two cases will be identical. And it’s worth noting, though obvious, that if you run multiple MacKeeper scans or processes at once, it will result in significantly higher CPU usage.

For the purposes of this article, I downloaded and installed MacKeeper myself, and my results confirmed ZeoBit’s claims. I experienced no discernible issues, with CPU usage well within normal specs. The only time I noted a system slowdown was when I had MacKeeper run multiple system scans at one time. Anyone who’s ever run a disk defrag or other utility that scans their entire hard disk knows that by their very nature, these processes require a lot of system resources. But they should not cause the kinds of constant system hiccups that are described in our review’s comments.

That said, I have a high-end, current-generation MacBook Pro, and I imagine that system resources slowing down could be noticeable on an older, less powerful Mac. Yet this would be true when using any system utility that runs at optimal performance under modern specs. I also had no problems uninstalling it.

Another fact to consider is that MacKeeper is available to buy in the Mac App Store. Apple has very strict rules on what gets approved for the App Store, and short of major lapses in judgment, does not allow apps that cause severe problems for Macs. From the official Mac App Store Review Guidelines:

Each of these points speaks directly to claims from our commenters, yet one must ask… Why would Apple allow a program that violates these rules into their App Store? Macworld gave MacKeeper 3.5 stars in an August 2010 review. Their review is based on the 0.9.6 build of the program, which has currently advanced to version 1.8.3. Macworld mentions a “frequent lag when switching between tools,” but ZeoBit claims that this issue has been resolved in newer versions of the app. Macworld sums up their review with this:

Overall, for anyone who needs to use system maintenance tools and needs tech support on a regular basis, MacKeeper offers a compelling set of tools at a very reasonable price. It also gives you the power to clean your Mac and the peace of mind to locate it if it gets lost or stolen.

We had no problems on our test Macs before running MacKeeper and none afterward. In fact, we had gigabytes of extra drive space and zero viruses — surprise, surprise — to show for using it. The individual utilities do their jobs and are mostly simple to use.

MacKeeper does a whole lot and quite easily. It’d be worth it for cleanups alone, but add in scheduled backups, data encryption, “undelete” (which helps recover accidentally deleted files) Wise Installer and more, and you’ve got a heck of a nice application.

Aside from the bit of trouble I encountered with the Update Tracker feature, MacKeeper performed excellently. When you really dig in and start using this app it’s hard not to be impressed at just how much functionality they crammed into a single app.

MacKeeper is a winner, and you can try it for free by downloading the trial from the MacKeeper site. Have fun with it. It’s worth it.

There are dozens more such reviews here. It’s unlikely that an app that causes serious problems for users would be given positive marks by reputable reviewers such as these. It’s also worth noting that MacKeeper currently has 64,247 fans on Facebook and 9,707 followers on Twitter. That’s a lot of satisfied customers.

Here’s ZeoBit’s statement, wherein they explain what MacKeeper does, and give details on the smear tactics they claim to have been subjected to.

MacKeeper is not a virus or malware. MacKeeper is a bundled utility that helps you manage your data. It’s an award-winning bundle of 16 essential applications that’s trusted and used by Mac users around the world. In May/June of 2011 ZeoBit was the victim of a massive, negative PR campaign by an unethical competitor who used paid blog posts, advertisements, and an army of comment and forum spammers to make false claims and scare our potential customers. It’s all too easy on the Internet for anyone to have their reputation destroyed at any time, for any reason. Many industry professionals use MacKeeper and have given it their approval. MacKeeper has won numerous awards and ZeoBit is listed as one of the top 10 antivirus developers in the world, according to the Reactive and Proactive Test from VB100. We focus on our products and service, while our competitors focus on trying to tarnish our reputation. We intend to continue investing in our research and development to make the best applications possible. We believe that focusing on our products, instead of wasting time slandering our competitors, is a much better business strategy in the long run.

It’s our highest priority to constantly improve MacKeeper and the service it provides. The quality of our product and our level of customer satisfaction is unequaled. In the software market, the average percentage of refunds is 3%, while ZeoBit’s is less than 1%. Our customers can ask for a refund anytime during their first 365 days with the product.

One frequent criticism claims that “MacKeeper is impossible to uninstall.” The truth is, it’s very easy. Simply drag-and-drop MacKeeper’s icon from your Applications folder into the trash, and then follow the on-screen instructions. If you need step-by-step directions, a page on our website provides visual descriptions of how to uninstall the app.

A question we’re often asked is, “Is MacKeeper connected with Mac Defender?” No! MacKeeper is in no way affiliated with Mac Defender. Mac Defender (also known as Mac Protector, Mac Security, Mac Guard, and Mac Shield) is a rogue Internet security program that can be unwittingly installed on Mac OS X. Mac security firm Intego discovered this fake antivirus software on May 2, 2011. Our competitors took advantage of this situation by making false claims that MacKeeper is affiliated with Mac Defender. It should be noted that Mac Defender was traced to ChronoPay by the email address of ChronoPay financial controller Alexandra Volkov. The email address appeared in the domain registration for “mac-defence.com” and “macbookprotection.com”, two websites unsuspecting users are directed to in order to purchase this malware. ChronoPay is Russia’s largest online payment processor. The websites were hosted in Germany and were suspended by Czech registrar Webpoint. ChronoPay had earlier been linked to another scam in which users involved in file sharing were asked to pay a fine. MacKeeper, on the other hand, has been certified 100% clean and safe from industry experts, and has never been charged as a scam or fined in any way.

Another statement we see often is, “I hate your pop-up ads on my favorite website!” We believe in our products and want others to know about them, and the only way to do that is through mass media and online advertising. Our ads are reviewed and approved by the most respected vendors and media ad agencies in the world. Our advertising is in full compliance with their standards, terms, and conditions. We at ZeoBit want Mac users to get the most out of their machine and we’re proud to have so many happy MacKeeper users. Our team is focused on making a good product that makes a difference — and that includes informing the public through the use of advertisements.

ZeoBit LLC is a progressive information and technologies company that has offices located in Sunnyvale, CA and Kiev, Ukraine. We care about our customers and we care about the quality of our products and services. If you have any questions regarding the products or services of ZeoBit LLC, we would like to hear from you. We are always happy to discuss who we are and what we do. Please send your inquiries to [email protected] I hope this clears up any questions you may have about MacKeeper.