As Valentine’s Day rolls around, some of our readers might be turning their eyes towards love. Whether you’ve got someone (lucky!) or you’re looking for someone (my sympathy), you might get a chuckle out of these weird dating apps for iPhone and iPad. 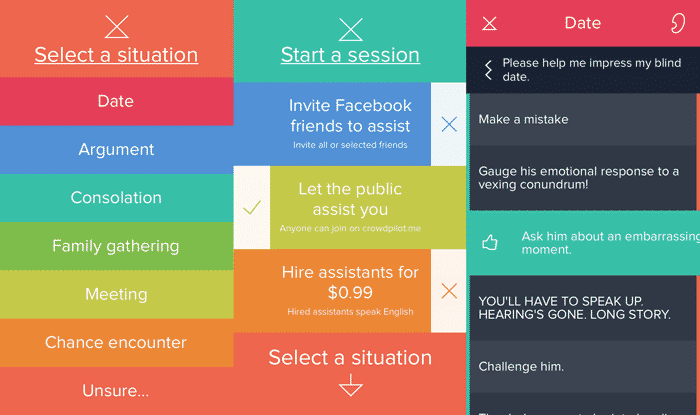 Making spying work for you! Crowdpilot is designed to help you start and continue conversations with your crush by collecting the conversational wisdom of the crowd. It works like this: you let the app listen in on your conversations, and the crowd will make some suggestions about how to proceed. Just like a helpful version of the NSA that definitely won’t troll you.

And of course, you’ll either have to be super good at stealth checking your phone, or be obviously rude and use your phone for most of the conversation. I don’t know, maybe kids these days don’t even care about things like paying attention to the person you’re flirting with. Or privacy. 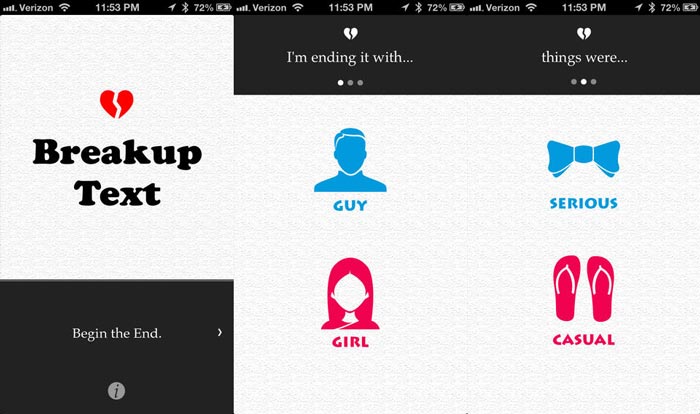 Don’t know how to break up with someone over a text message? Want to find a way to make it even more impersonal? Fear not, ye tongue-tied: Breakup Text is here to help. Select a few different parameters like the gender of your almost-ex, the reason for your separation, and the importance of your relationship, and the app will generate a text message you can use to end it. 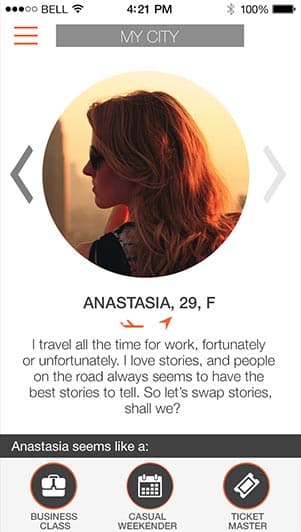 One caveat: this app seems to be vaporware. But the idea is so beautifully weird that it’s worth mentioning. Wingman is/was/will be designed to make flying the friendly skies that much friendlier by connecting you with folks that want to get busy in an airplane bathroom. Want to join the mile high club? I guess this is your ticket! 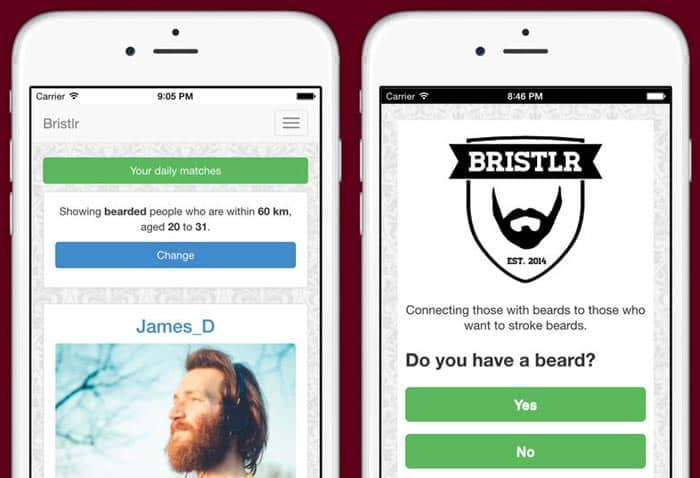 Here’s a hot tip I just figured out. If you want to make a dating app, avoid using the letter E. Case in point: Bristlr. Bristlr connects men with beards with the folks that want to date them. It started out as a semi-parody, but apparently grew into a legitimate network after over 100,000 users signed up. 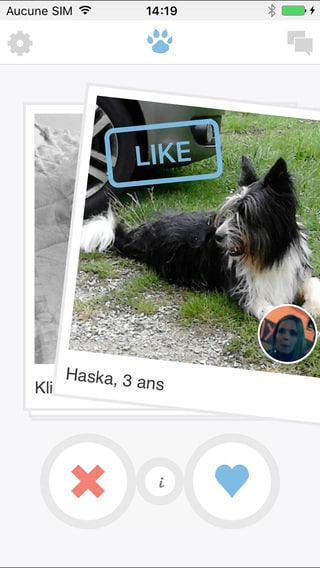 Twindog is literally Tinder, but for your dog! The idea seems to be that by pairing dogs with each other, you’ll also pair their owners. It’s sort of a cute idea, actually. Thankfully, the developer says the app is “not just for dogs.” That’s great, because all the dogs I know are pretty bad at using phones. 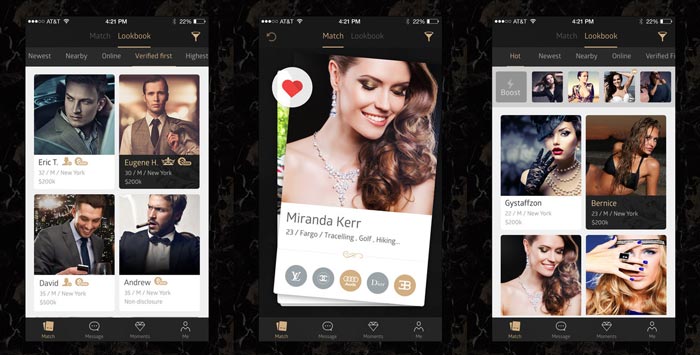 As if the world wasn’t already divided enough. Luxy is a super-special dating app designed for Richie Riches that are so contemptuous of normal people they can’t even stand to swipe left on them rich folks that only want to date other “elites.” If that sounds good to you, forget any preconceived notions about the inherent value of your humanity. You better make $200,000 per year before you think about signing up. But super-hot poors can also rise above their station and if they’re voted in by existing users. So, welcome to the upper crust, where everyone is insultingly blunt, I guess.

Maybe your a squidrillionaire, but Luxy is just too pretentious for you. Want to mingle with some beautiful ladies and pay for their stuff? Then check out SugarD, the self-proclaimed #1 sugar daddy dating app. It is, according to its own copy, “where the elite and wealthy meet the beauty & young.” Basically, it’s Tinder for rich dudes that want to date hot young things, but with the mutual understanding that their relationship is predicated upon the power dynamic of a purposefully unbalanced relationship in which the man has all the resources but agrees to take care of the woman because she is nice to look at.

Honestly, there are worse things in the world that two consenting adults having what’s apparently called an “arrangement.” It’s also the app that taught me that the opposite of a sugar daddy is a sugar baby. Which is also the name of a candy frequently used to quickly remove dental work.

Just wanna get laid? You’re not the only one. Down, which once went by the more evocative moniker “Bang with Friends,” connects users that are down to smash with strangers and friends of friends. Depending on your mood, you can connect with mutual acquaintances or total randoms and try to get some action

Dating is terrible, and these apps might just make it worse. Don’t say we didn’t warn you!