Save With BuyVia, a Food Coupons iOS App

No one says no to a good deal, and if you like eating out and enjoying the mere fact that you save some money (even if it’s just a buck or two), there’s an app that will make life easier and happier for you.

Well, maybe lots of apps. So why are we writing about this newly launched food coupons iOS app?

Called BuyVia, the app puts together deals from various sites, so you don’t have to manually check them out. One-stop-shop for food discounts and promos. 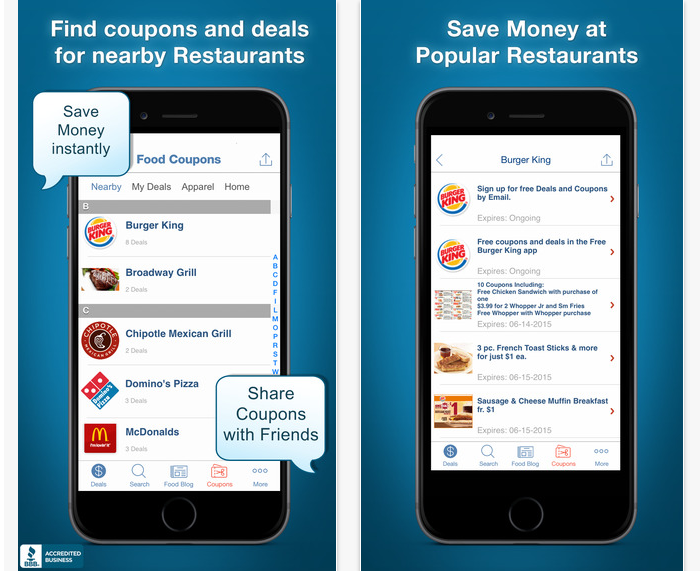 They have the best savings for your favorite restaurants including AppleBees’s, Burger King, McDonald’s, Olive Garden, and many others.

Find great food nearby plus save money too. Deals for 50,000+ local restaurants nationwide.

Food Coupons uses your location to find you the best coupons in your area for both well known Chains as well as local restaurants.

Get access to deals on Groupon, LivingSocial, Restaurant.com, Amazon Local and more, all in one convenient app.

But that’s not the part that convinced me to write about this food coupons iOS app. BuyVia donates AND volunteers at local food banks. Now that’s giving back!

While BuyVia seems to be focusing on food deals, they are not limited to such. They also have other online shopping deals – from gadgets to clothing – offered by major stores such as Amazon, Dell, Kohl’s, and Target.

BuyVia is free and offers Apple Watch App for iPhone.