You are here: Home / Apps / Grid: Who Knew Spreadsheets Could Be This Much Fun? 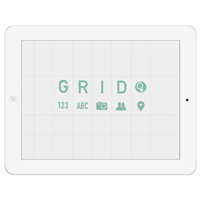 Let’s face it. If you’re not a math nerd, then spreadsheets are dull as dirt. But a new iOS app called Grid is changing the definition of what a spreadsheet is, making it a dazzling, intuitive tool for practically anything you can imagine.

Watch the video above. Trust me on this one. Doesn’t matter if you despise spreadsheets with every fiber of your being. Just watch it.

Alright, assuming you’ve watched it now (and picked your jaw up off the floor), let’s get into it. The video shows an example of Grid being used by a group of friends to plan a camping trip. The key to Grid‘s brilliance comes down to three things:

Imagine the possibilities. Work, play, whatever. By leveraging the strengths of the touchscreen platform, Grid is one of those incredible ideas that shows that not only can iPads (and iPhones) compete with PCs — they can best them. The app was conceived by Josh Leong, whose last job was helping to create Microsoft’s Excel 2013. It occurred to him during that time that there could be a different kind of spreadsheet app — one for the rest of us.

Grid is currently in beta, and not available yet in the App Store. You can ask to join the beta test by contacting the Grid team here.