Our Most Anticipated Apps for 2016

by Apple Gazette 7 years ago8 months ago
3

It’s expected to be another big year in mobile gaming and with the industry looking for another surge after its rather noticeable decline in the last quarter developers and companies out there are keen to show off their newest gaming creations in 2016. And now with the console market looking at developing their own mobile-based entries to take a slice of the action then this year could be pretty special. Here are just a few of the highly anticipated releases coming our way this year. 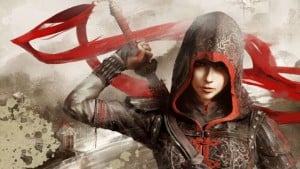 Later this year Michael Fassbender will be stepping into the new ‘Assassin’s Creed’ movie franchise, albeit to play a completely new character not featured in the game. But 2016 is also the year that has been ‘potentially’ slated for the arrival of a new mobile-based version of the game. The 3 various chronicle games that are readily available on the consoles is expected to make a shift on to mobile devices following the discovery of some iOS and Android settings in the game files by an eagle eyed reader of Pocket Gamer magazine. 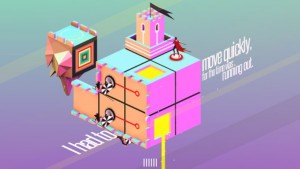 This rather intriguing and inventive little gaming app will hopefully be with us in 2016. This geometry based game works similar to that of a more overcomplicated Rubik’s Cube shifting around in order to complete various puzzles and other challenges along the way. This almost abstract looking app twists and spins around and is likely to quickly become very addictive. Even the graphics and sounds are well thought out and designed and not clunky and ill-conceived as you might expect from the concept. 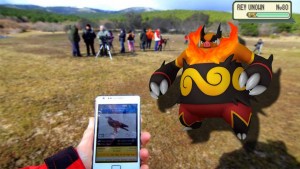 Nintendo and Niantic are all set to unleash the wonderfully vast and colourful world of Pokémon onto our mobile devices this February, and they’ll be employing the exciting element of augmented reality to the proceedings. You be able to bring the fantasy game to life by holding up your device and seeing the fictional characters running around in the real world around you. The game will be released along with the Pokémon Go Plus add-on which is a Bluetooth device which sends the user an LED notification and a little vibration to indicate when one is near so you can ensure you catch them in time. So it may be time to check out Mobile Phones Direct’s 2016 smartphone deals to make sure you have the best mobile device in order to get the best from your Pokémon game playing experience. 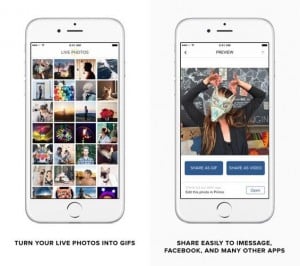 You can never have too many GIF’s. If I could, my wallpaper at home would be one giant GIF or a pattern of several…thousand. Mostly of cats of course.

With Live GIF you can fulfil your GIF cravings by turning any live photo shot on the iPhone 6 or 6s into an instantly viral meme to take over the internet. The power is well and truly in your hands with this one. For a reasonable price of just £1.49 we definitely think this is a must have app for 2016. Just think of all the cats you can immortalise, like this one:

We are living in an ever closer world. A global village, Marshall Mcluhan noted as far back as 1964. This means that unless we all agree to learn the same language we are not going to understand each other as well as we could and should. Step in iTranslate.

Not a brand new app for 2016 but one we believe is incredibly handy for those wanting to broaden their horizons. With over 90 languages available and a new keyboard extension, you can have real time conversations with people from across the planet whilst both speaking in your respective languages. Particularly useful for foreign exchange students, this is a must have app for 2016.

Those were our best and most anticipated apps for 2016. Think we have missed one off the list? Comment yours below.