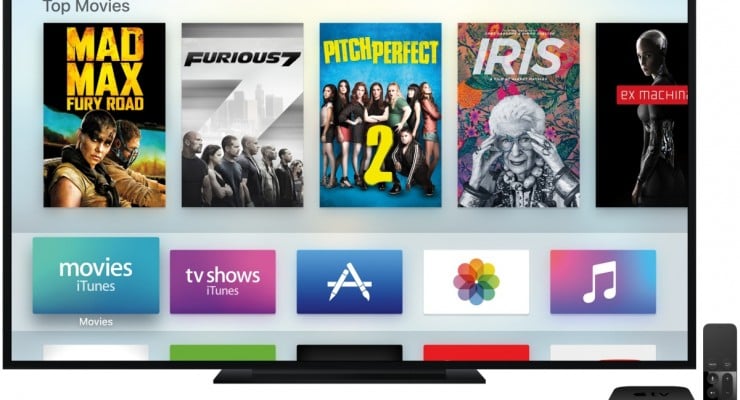 The new Apple TV is a great little machine, but it’s got a long way to go. Because this device was so limited at launch (which I’ll discuss in this review), I don’t think that we can give it a thorough review this early, but there are already a few things that we love — and a few things that will more than likely be revisited and revised as time goes on. Here’s our early Apple TV review.

Things that we love

When you begin to use the new Apple TV, the first thing you’ll probably notice is the navigation, both on-screen and off. The on-screen navigation is similar to previous generations of the Apple TV, but the main difference is that it’s not filled with a lot of clutter, apps that you’ll never use. Before you use any virtually any app, you have to go through the App Store and download it, meaning that you’ll only have exactly what you want on your new Apple TV — something that’s really important when you’re trying to save valuable hard drive space.

The new remote is great, and the integration of Siri into the remote and on-screen navigation is one of the best aspects of the new Apple TV. The new Apple TV takes a hint from the Apple Watch with Siri. Typing on an on-screen keyboard is infuriating at best, so if you’re looking for a great 80s movie, you’re using the spotlight search for great 80s movies, you’re likely to spend more time fittingly with the little keyboard than actually watching the movie. (Okay, that’s a bit of an exaggeration.) Like the Apple Watch, Siri on the new Apple TV is capable of doing the search for you, saving you a lot of time going back and forth from one end of the screen to the next. For example, you can ask Siri to show you James Bond movies, and she will give you a list of all the James Bond movies available through your Apple TV. Pretty nifty.

The trackpad on the remote itself feels a lot like the trackpad on the MacBook. I found the navigation a little difficult to use initially, but after slowing down the speed in the settings, it became much easier to use.

The trackpad on the new remote makes it a great device for casual gaming. There are a few free games available, but most of them are pretty limited or offer in-game purchases that can really start to add up, but for a few bucks, you can buy a full-fledged Apple TV game. (I’m working through some of my favorites and will post a review on the best available soon.) As the Apple TV’s games get more complicated, however, it’s easy to see that the new remote won’t be the as useful for playing games, but Apple has made it possible for a PC gaming controller to be hooked up to the device, making it, I think, a real threat to traditional console makers for the souls of casual gamers.

I don’t really have a gripe about it, but I have to mention it: this thing doesn’t support 4K video. The lack of 4K support seems a little strange to me, especially considering that Apple has taken such a long time between Apple TV updates. To further the point, I have to point out that some of their competitors are already doing it.

The new Apple TV’s major selling point is the App Store, and for good reason, but the problem is that, as it stands, the App Store’s selection is surprisingly limited. Surely, I wasn’t expecting an App Store to rival the iPhone or iPad’s, but the collection of available apps was underwhelming. After downloading all the usual suspects (Netflix, Hulu, etc.), I was quickly wondering what I should do now. The new Apple TV doesn’t give me a better overall Netflix or Hulu experience, so what was the real point in upgrading? I’m still waiting to be wowed by the App Store, and I know it’s coming, but it’s just not there yet, and it surprised me that Apple would launch the product with such a limited selection. (But it’s exciting to report that more apps are being added every day, great apps like Plex!)

This may seem a little petty, but I really hate the look of the box and remote. Don’t get me wrong: both pieces of hardware function really well, but they definitely aren’t the most attractive pieces that Apple has ever produced. Compared to the previous generation Apple TV, the new Apple TV looks bloated and the remote looks overly complicated, but maybe it’s just me.

When I opened the Apple TV and fired it up, I was prompted to connect my iPhone to it and have it connected with my Apple ID through Bluetooth. I thought that was a great idea, but for some reason I wasn’t able to pair my phone with the device, and I’ve seen other people complaining about this problem as well. It would have saved me a tremendous amount of time using the keyboard to type in my (obnoxiously long) WiFi password. I thought that it would be easier if I connected my wireless keyboard to the Apple TV, but I couldn’t connect them. I searched online, thinking that there was something wrong with my keyboard, only to find out that the new Apple TV doesn’t support bluetooth keyboards. Great.

At the end of the day, this Apple device still costs more than its competitors, and unlike Apple’s other products like the iPhone, iPad and Mac, it’s hard to see why someone (other than an Apple enthusiast) would choose to pay more for this device.

I realize that I’m picking apart some things that Apple will almost surely change as time goes on, but if you’re thinking of purchasing this Apple TV to be a major upgrade from the previous iteration of the product, I think (for now), you will be sadly disappointed. I’m looking forward to the great things that this product seems to be capable of, but until then, I’m still going to be watching Netflix and playing a handful of games.

It’s still early, but this Apple TV review hopefully lays out the state of the product at this point. Have you tried out the new Apple TV? Do you think it was ready for launch? Let us know in the comments below.