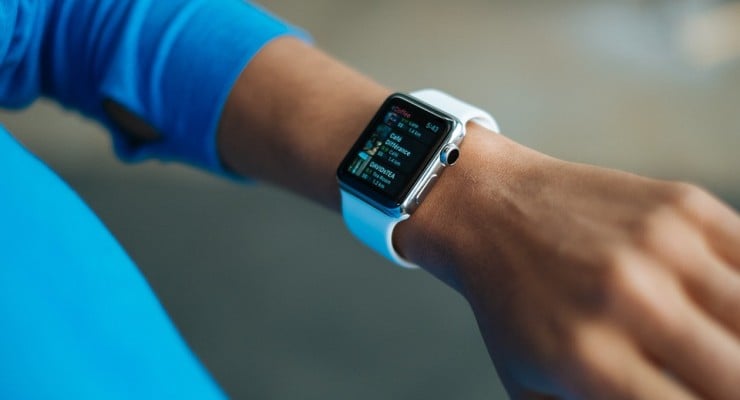 Last week, 9to5Mac announced a rumor that Apple is planning on having an event in March 2016, and at that event, the brand is due to introduce the “iPhone 6c” with a 4-inch display as well as the second generation of the Apple Watch, the Apple Watch 2.

There were always questions about the Apple Watch’s refresh cycle; some analytics and bloggers predicted the annual refresh, one that would go along with the company’s annual refresh of the iPhone and iPad. But others thought that Apple may try something different, a refresh every 2 years, perhaps. We’ve been living with the Apple Watch for less than a year now, and the question isÂ  do we really need an Apple Watch 2?

Okay, keep telling yourself that.

But seriously, an annual release of the newest Apple Watch may be just a bit too early. I was paying for a purchase last weekend and the cashier saw my watch and asked if it was the Apple Watch. He said that he was thinking about picking one up for himself for Christmas, but he wasn’t sure. He wanted to know how I liked it. So I told him the truth: the Apple Watch is a great watch that just so happens to do some other nifty things. He looked a little confused, as if I was some sort of false Apple prophet.

Don’t get me wrong: I’m a huge fan of my Apple Watch, but I’m also a watch collector. This device clearly isn’t for everyone, and the lack of must-have features make it a tough sell for people who aren’t interested in watches, and I can’t see how the Apple Watch 2 changes that.

Perhaps the simplest and most direct downside to Apple’s potential release of the Apple Watch 2 is just the price of the device. Even the cheapest model, the Apple Watch Sport, will set you back a cool $349. While $349 isn’t a huge amount of money, especially for a great watch, even most watch enthusiasts aren’t exactly ready to fork out $349 annually to replace a watch they already have. (Buying additional watches to add to their collection? Yes. Buying practically the same watch? No.) For people who don’t usually wear watches but decided to spring for the first generation of the Apple Watch, it makes little sense to spend that much money to upgrade to something that seems to be practically the same device.

Additionally, the App Store still leaves a lot to be desired. There are a few really great apps for the Apple Watch, but many of them just feel like extremely watered down versions of their iPhone counterparts, and that makes it really disappointing to use them, especially when your iPhone is easily within reach. I find myself getting frustrated with news apps that alert me of breaking news but won’t let me actually read the story from my wrist. To the iPhone I go.

The chances are that an Apple Watch 2’s internals will be a small step ahead of the original Apple Watch, but in just a year, what can we really expect from a new generation that wasn’t there last spring?

Potential features that (almost) nobody wants

The 9to5Mac rumor says that Apple might integrate a new camera, wireless, sleep tracking and health sensor technologies into the Apple Watch 2.

Wireless would be awesome. Sleep tracking might be okay. (I already know how poorly I sleep, Apple. Thanks, though.) But everything else just seems like a waste of time for most people.

As for the camera, nobody wants to use the Apple Watch for FaceTime. Don’t believe me? Go to your neighborhood Apple Store and try out an Apple Watch. Then, turn your wrist and hold it up, Dick Tracy-style, and see how long it takes for your arm to get tired. Even a quick call would be more irritating than helpful. Besides, looking down at the camera lens has to be the absolute worst, most unflattering angle for anybody. I know that some people really love the fitness aspects of the Apple Watch. For many, the Apple Watch has totally taken the place of fitness trackers, but I really find it all insufferable. I work in an office all day, and getting that little tap on my wrist every hour gets really annoying. Yes, I should get up and walk around, but for some reason, the watch doesn’t always register my walking around the office as walking around the office, and I still get the notification. Some people are probably really looking forward to new health sensor technologies, but eh, not for me.

At the end of the day, it’s hard to say why we need an Apple Watch 2. As I mentioned earlier, I’m a huge proponent of the Apple Watch, and I think it has a bright future, but it seems like putting out a new Apple Watch next spring would amount to putting out another subpar device, something that has become a bit of a habit of lately for Apple (see the new Apple TV, Apple TV App Store, Apple Watch, etc.).

I could be wrong, but I don’t see people rushing out to buy a new Apple Watch with a FaceTime camera, especially considering the horrendous wait that some people had because of Apple’s inability to fill orders. While not many people are still talking about it, I think that Apple’s botched launch of this product last spring/summer will come back to haunt the brand for the Apple Watch 2.