You are here: Home / Apple Pay / Not Using Apple Pay? This One Security Feature Will Change Your Mind Today 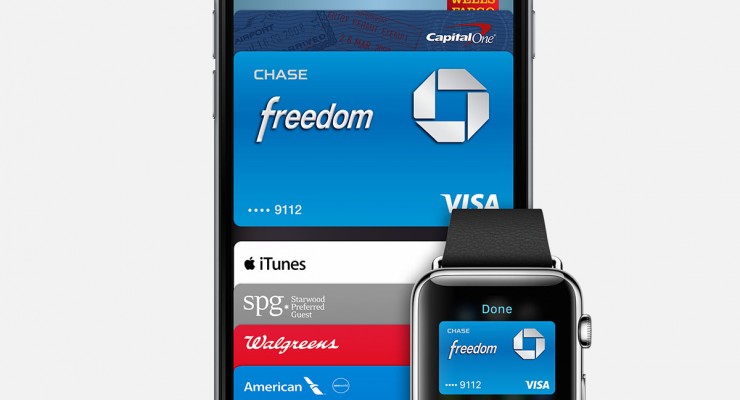 When Apple announced Apple Pay in late 2014, it seemed like a crazy futuristic technology that was truly ahead of its time — but not ahead of its time in the same way that the Mac, iPod, iPhone, and iPad were. Apple Pay was sort of oddly intrusive. Storing your debit and credit card information on your iPhone really didn’t seem like a good idea. After all, we live in a time when major corporate hacking scandals are in the news at least a few times every year.

The feeling seemed to be that Apple was definitely on to something, but 2014 wasn’t the right time.

Competing to be Your Digital Wallet

Since then, Apple has made some great strides with its fledgling mobile payment technology, and the brand’s biggest competitors, Samsung and Google, have been hard at work creating similar wireless payment solutions for their customers. Unfortunately for these tech companies, people just don’t seem interested in using any of these services.

Apple Pay is incredibly easy to use. You add your credit card or debit card information to your iPhone, and when you step up to the cash register to pay for your goods, you simply hold your iPhone up to the payment terminal and put your finger on the Home button. That’s it. The transaction happens wirelessly and automatically, so there is no need to reach in your pocket and search for your wallet and debit card. No swiping, no signing.

Even though Apple Pay is so easy to use, as it turns out, not many people are actually using it. In a late 2015 study conducted by Trustev, a company that works with retailers and banks to prevent online fraud, it was shown that only 1 in 5 people in the United States have ever even tried using Apple Pay. It’s also important to keep in mind that many of the iPhones out there do not have access to Apple Pay — only the iPhone 6 and higher have Apple Pay as a feature.

Further, the Trustev study shows that among the people who have iPhones that have Apple Pay as a feature and have used it before, only 56 percent of them say that they use it at least once throughout a typical week.

Possibly to try to account for the incredibly low numbers of people using Apple Pay in the United States, Trustev found that 82 percent of the respondents they spoke to say that they feel that paying with a credit card in the store is “very easy” or “easy.” Put simply, for most people who have access to Apple Pay on their supported iPhones, Apple Pay is a solution in search of a problem. Most people just don’t seem to mind taking out their credit cards to pay for their purchases; Apple Pay almost seems to make the transaction more complicated.

Despite Apple Pay’s seemingly unpopularity, it is an incredibly secure way to pay for your purchases. In a time when everyone is concerned with keeping his or her personal information confidential — especially banking information — it’s odd that something like Apple Pay is not getting much traction.

Apple has built in numerous safeguards that make Apple Pay much safer than swiping your credit card or debit card. For example, when you pay for something with Apple Pay, Apple creates a new “Unique Device Account Number,” meaning that your personal information is never shared with the merchant. Additionally, you much authenticate each transaction. For iPhones fitted with fingerprint readers, you have to put your finger on the Home button before the payment can be completed, and for devices without a fingerprint reader, like the Apple Watch, the payment is secured with a passcode that must be entered before the transaction can occur.

But if all of that isn’t enough to convince you that you should be using Apple Pay, there’s one security feature that isn’t necessarily built in to Apple’s Apple Pay security system, but it may just change your mind about Apple Pay.

The One Security Feature That Will Change Your Mind

When you go to a restaurant, you order, eat your food, and after you finish the waiter brings the bill. At most restaurants, you put your credit card or debit card with the bill and send it away with the waiter or waitress. Your card disappears for at least a few minutes before it is brought back for you to sign the receipt. While your card is gone, you and the waiter are on the honor system. He or she could, very easily, write down all your credit card information and use it to purchase things online.

Earlier this year, there was a video that went viral where a Starbucks employee was confronted by a customer for stealing her debit card information when the customer paid for her drink. Situations like this, though uncommon, are not unheard of. Paying for these sorts of quick transactions with Apple Pay make it impossible for someone to steal your credit card information because the information on your credit card is never disclosed to the merchant.

Keeping your personal information separated from the merchant you’re purchasing from will be absolutely essential as we move forward. Because of that, Apple Pay is still a little futuristic. It still feels like a funny way to pay for things, especially when people are lined up behind you at the register, but as we become more cognizant of the security concerns associated with handing over our debit cards to strangers at the register, Apple Pay and its competitors will become more widely used.

As Apple customers begin trading in their old iPhones for newer ones that feature Apple Pay (and more merchants update their hardware to accept wireless payments), Apple Pay will grow in popularity. Do you have a device that supports Apple Pay? If so, are you already using Apple Pay? Let us know about your experience with the wireless payment technology in the comments below