The Beginner’s Guide to Apple Spotting

About two years ago, three of my friends all switched around the same time over to Mac. After that, whenever we were watching a movie or a TV show they would keep pointing out the Macs to me, much to my annoyance. I mean, I didn’t feel the need to point out the PCs to them; why did they get so thrilled by a Mac on TV? Then half a year later, I also switched. And sure enough: I also started doing the exact same thing, which I now call Apple Spotting.

Anytime I see an Apple product, I have to mention it to someone and even when no one else is around, I still feel happy that I’ve managed to spot the product. It’s like some game you’re playing with the powers that be; as if the products were hidden like easter eggs, especially for you to find. I’m still not sure why I do this, maybe I’m more of a Apple fangirl than I thought I was. Maybe I like seeing these products I love featured on TV shows I love. Anyhow, here are some tips and tricks on how to become an Apple Spotter:

It helps to know exactly how the products look like you’re trying spot. Yes, most of you may know an Apple laptop when you see it, but can you tell the difference between an iBook and a MacBook from a distance? Now, that’s what separates the newbie Spotters from the hardcore pros. If you’re watching old shows or movies, you might also want to examine the older product ranges a bit better.

Don’t assume the products will be the main focus of attention; even if in your mind the world revolves around your Mac, the plot of a TV show or movie doesn’t. Keep an eye on the background, especially during scenes at offices.

3. Don’t depend on the Apple logo.

With some movies and TV shows, the product placement is not intentional and the set directors will try to hide the Apple logo. Stickers, conveniently placed plant pots and messy desks will often obscure the pretty glowing Apple. The true Spotter though shouldn’t rely on only the logo to know it’s an Apple product; if you know your stuff, you should easily recognize them. 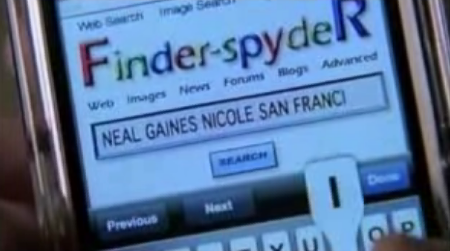 Not all products you see will be Apples. In these cases the most important thing to remember is not to call out “hey, an Apple!” only then to be shot down, once you realize it isn’t. Again if you know your products, this shouldn’t happen.

This doesn’t happen that often, but there have been a few select cases where the choice of Mac versus PC actually indicated the nature of a person’s allegiance. The most famous example is the first season of 24: the good guys used Macs, the bad guys used PCs. Even the traitor who is only revealed in the finale of that season, is using a PC from the very beginning. A less plot-twisting but similar characterization was done in Legally Blonde: the bubbly blonde main character used a Mac, the stiff law students used PCs.

And that’s all there is to it! One small final remark: why does Hollywood use the iPhone upside down? 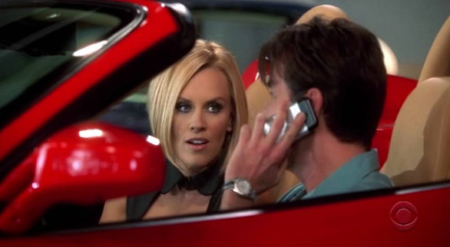 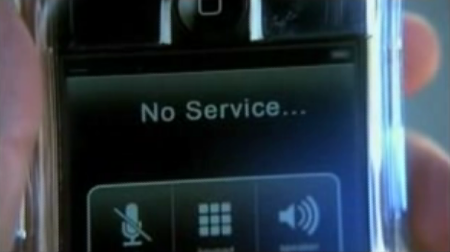 So will you become an Apple Spotter too?

You can find more of Melinda’s writing at MissGeeky.com.