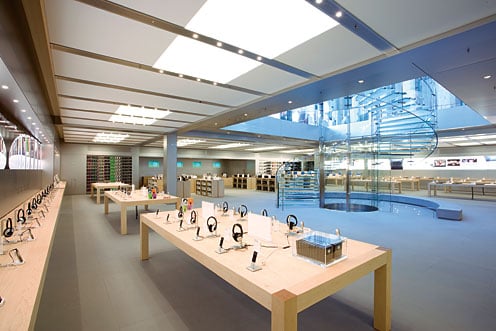 This one is pretty interesting, we heard last week that an Apple store set was built on a Hollywood soundstage, and it was presumed that the set would be used in an upcoming film of some kind, but according to Vallywag (thanks Ars Technica) that’s not exactly what it was used for.

Instead, the word going around now is that Apple actually filmed a commercial that is to premiere at the WWDC Keynote in the location, and wanted the set locked down after the stir the commercial shoot in NYC caused last week.

Of course, it also makes sense to build a store for a shoot so that you don’t have to block off one of your highest revenue generating stores for a full day – but it is curious that they built the set over the Memorial Day weekend. Obviously they were in a hurry – because that had to have included holiday pay.

This has, of course, led people speculate the this couldn’t all just be for the 3G iPhone – so there MUST be something else that’s going to be announced.

I doubt that – but we have less than a week to find out.