Review: Inside Apple by Adam Lashinsky 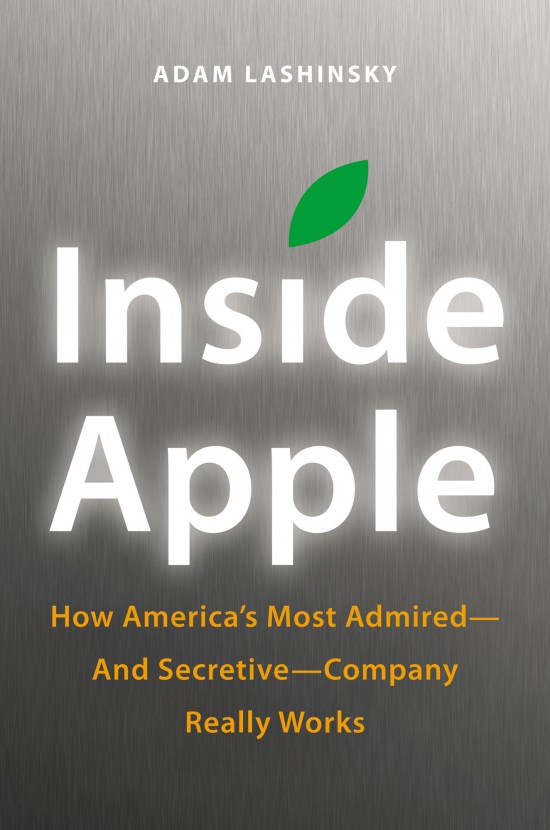 Have you ever wondered how Apple does it? How they make such amazing products with incredible attention to detail and utmost secrecy? Adam Lashinsky’s Inside Apple blows the lid off, explaining everything about Apple that they don’t want you to know.

Apple is like no other company in the world. If you’re reading this website, you already know that. Apple goes to incredible lengths to create crave-worthy tech products. It inspires a cult-like following. And it keeps secrets better than anybody.

So how do they do it? What’s the secret formula, the magic recipe behind Apple’s unprecedented success?

The company’s methods and strategies have always been as much of a secret as its next big product, but Inside Apple changes that. It provides an astonishing amount of information that proves that Apple’s way of doing things flies in the face of decades of big business management dogma. Where the rest of the industry zigs, Apple zags.

Let me give you an example. Apple is so zealous about guarding its secrets, that even most of its employees know next to nothing about the company’s upcoming plans and products. This is diametrically opposed to how most modern-day businesses are taught to operate; they foster loyalty by letting employees in on secret projects and trusting them not to spill the beans. Apple keeps its secrets by literally keeping company information from its staff. But how can this be? How can a company build game-changing devices like the iPhone or iPad, when almost all of its employees are left in the dark until a public announcement?

One of Inside Apple‘s most surprising revelations answers that question: Apple intentionally separates employees into different offices so that groups working on one aspect of a new product stay focused on just that one thing. And staff members from different departments are encouraged not to fraternize. Much of the time, Apple’s people don’t even know what product they’re designing components or software for. The unexpected benefit this provides is that employees only think about or concern themselves with the task that they do best. So, surprisingly, many Apple employees find it freeing to be able to focus only on their area of expertise, with no concern for budgets or “the bigger picture.” This is also why Apple’s products are always so polished and perfected by the time they reach the hands of consumers — Apple hires people who are exceptional at what they do, and let them do it.

Inside Apple overflows with these kinds of revelations. You’ll learn about the “Top 100,” a special summit Steve Jobs held annually for the company’s one hundred most important and influential employees and executives — all of which were handpicked by Jobs himself. At this corporate retreat, Jobs would pull back the curtain for his chosen few, letting them in on the company’s plans for the coming year. Being asked to attend the Top 100 was more than a status symbol; it was the greatest level of trust the company bestowed. (It’s unknown if Tim Cook has chosen to continue holding this super-secret retreat.)

Another one I was surprised by is Apple University, an on-site learning institution Jobs created, where top executives are taught his methods and way of thinking, so that the principles that turned Apple into the world’s most valuable company won’t be lost after his death. Talk about planning ahead! Jobs was always in the business of fashioning disciples, and Apple University is where they’re groomed.

Inside Apple‘s chapters are arranged around Apple’s fundamental principles for success. In this way, it’s not a linear narrative. But this does nothing to diminish its readability. Grouping the chapters this way actually makes a lot of sense. It’s like something Apple itself would do. You’ll find chapters called “Embrace Secrecy,” “Focus Obsessively,” and “Inspire Imitators,” each one filled to the brim with all sorts of secrets about Apple, Steve Jobs, the company’s executives, retail stores, products, and more, that even the most obsessive fanboy couldn’t know.

Lashinsky, a senior editor-at-large for Fortune, culled these facts from interviews with former Apple execs and staffers. His meticulously-researched book is nothing less than revelatory, and I don’t mind admitting that it inspired a number of articles on the blog you’re now reading. If you’re hoping for a scathing exposé, you’re barking up the wrong tree. It’s meant to be a lesson in a radical-but-effective style of business management, but it’s also an endlessly fascinating collection of facts that reads like a forbidden report on a secret society.

Business professors would do well to make the superb Inside Apple required reading. But anyone who considers themselves a serious Apple fan owes it to themselves to read this book as well. It’s entertaining, it’s historically significant, and it’s a staggering accomplishment. Stuffed with never-before-seen info, it leaves you awestruck, wondering how the author could have possibly peeled back the layers of secrecy to learn so many facts that we mere mortals were not meant to know.

It gets my highest recommendation.