Is The MacBook Pro Keyboard Lawsuit a Big Deal?

Just recently, news came out that Apple was being sued over their MacBook Pros. Some lawyers have filed a class action lawsuit about the reliability issues in the keyboards attached to the current model of MacBook Pro. These keyboards have anecdotally shown themselves to be unreliable and prone to failure or malfunction based on the presence of minuscule amounts of dust under the keys, and a small group of unhappy folks has been consistently vocal about the problem since it was uncovered. As a result, we now see the keyboard lawsuit. 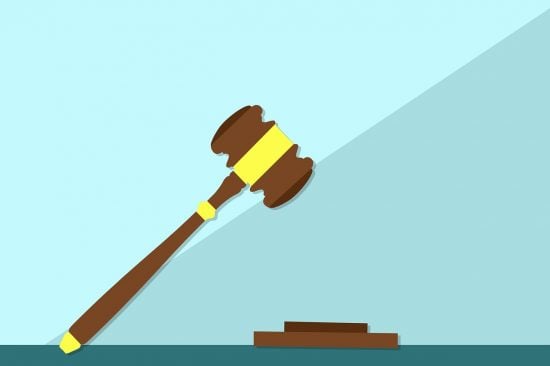 The filing of the keyboard lawsuit in and of itself isn’t too surprising. In the great country of the United States, anyone can file suit against anyone or anything for any reason. Just filing a suit says nothing about how legitimate the law at hand is, and a huge percentage of lawsuits are dismissed without ever seeing the inside of an actual courtroom. Furthermore, companies like Apple—companies with big reputations for customer satisfaction and even bigger bank accounts—are a magnet for litigation of all kinds.

So, on its own, Apple being sued is neither impressive or noteworthy. Apple being sued in a class-action lawsuit doesn’t change the calculation. The validity of the lawsuit or the likelihood of success are unknown, and while we wish the litigants the best, it’s a general supposition that class action lawsuits most benefit the lawyers arguing them.

The filing of the lawsuit mostly means that some lawyers believe they can make money off this case. That means they imagine some chance of victory, or they wouldn’t bother at all. But it doesn’t mean they have a slam-dunk case, or that they’re certain they will win. It simply means the lawyers smell money.

As a legal proceeding, the lawsuit doesn’t have much weight. But the lawsuit is interesting in a different way: as a data point about customer satisfaction. Customer satisfaction, or “sat,” matters a lot to Apple. The company’s impressive customer satisfaction numbers are a common feature of their keynotes, where they brag about how much their customers love them before releasing a new product. And these figures seem to be generally in line with reality: people do seem to really like the products that Apple makes.

So when a group of customers get together and file a class action lawsuit about a defect in their Apple devices, that’s an interesting customer satisfaction data point. Clearly, these folks have a grievance with the product that’s truly troubling them.

What about the petition?

The Change.org petition about the MacBook Pro keyboards is another such data point. It tells Apple that a number of people cared enough about the problem to click through a few boxes on a web page. That’s hardly a high bar to leap, but it is something. While the petition is hardly likely to result in any concrete change in and of itself, it does offer Apple a measure of customer sentiment about this particular problem. As useful as petitions can be for capturing public mood, they’re not typically a powerful tool for actually affecting a meaningful change. And it’s true that the MacBook Pro keyboard petition didn’t get the traction of larger or more popular issues. However, it did get enough signatures to indicate a noticeable level of customer displeasure to Apple. In reality, that is the petition’s most important job.

What Will Apple Do?

If Apple is smart (and they are) they’ll be paying attention to the keyboard issue with alerted interest. And hopefully, they’ve already got plans to do something about it.

Apple’s solution to this problem is likely to be somewhat underwhelming for those affected by it. Apple isn’t going to offer everyone with defective keyboards a refund, or trade in their laptop for a new MacBook Pro. They’re not even likely to replace the keyboards en masse.

Even if Apple wanted to replace all the keyboards, it’s not clear how they could offer a meaningful improvement over the existing keyboards. There’s not enough room in the laptop’s body to install deeper keyswitches, nor is there a way to seal the keys while maintaining any degree of tactile response. So Apple can’t recall or repair their way out of this problem.

Instead, Apple is most likely to quietly offer an extended warranty repair period for affected devices, extending the expiration date of the warranty for repairs that involve failing keyboard keys. The next version of the MacBook Pro will have better-designed keys that don’t fail as often, and the world will continue spinning as it’s used to.

This outcome is very similar to what happened with the early discrete GPU MacBook Pros, which suffered from an alarming rate of failure. GPU failures were repaired under warranty for those models, and the newer MacBook Pro had fewer discrete GPU issues.

What about the lawsuit?

As far as the lawsuit goes, there are two likely outcomes. The first is that the lawsuit goes nowhere: it peters out for some reason, gets dismissed or doesn’t make any kind of good case. There is definitely a significant chance of that happening.

The second outcome is that the suit is settled for an amount of money that mostly enriches the lawyers. Folks in the class might get a small monetary payment, but its unlikely to be anything approaching what they might feel they’re owed for their troubles. The main vehicle for fixing this engineering issue will not be the lawsuits. It will, instead, be the warranty repair process.