Hey Guys – did you know Steve Jobs has been...

by Michael 14 years ago8 months ago
6 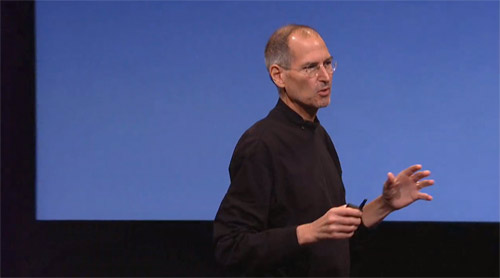 It’s amazing how much people love to speculate and focus on the health of Steve Jobs. The most recent thing has been several op/ed pieces from sites like MacNN and others about how speculation about Job’s future has arisen because he decided to share the stage at the Macbook event with other members of the company.

The problem is – this isn’t a new thing. Jobs has been sharing the stage ALL YEAR — but only now are people getting up in arms about it…I assume, because they have nothing else to talk about.

This is not a bad thing – and it doesn’t mean that Steve Jobs is contemplating retirement, or that he’s dying. What it means is that there are more people at Apple than Steve Jobs…and frankly, it’s time EVERYONE starts to realize that.

Jobs is an amazing guy – but Jonathan Ive deserves much more credit than he usually gets. Many people like to think that Jobs sits on some kind of throne in the Apple HQ and shouts out demands while he’s busy inventing every new and amazing thing that Apple does.

What makes Steve Jobs a genius is not his ability to invent amazing things – it’s his ability to sell amazing things that other people make. I’m not saying he doesn’t have any hand in the creation process – because he certainly does…but from the beginning, Jobs has been the guy that sells the products.

He has become such an important part of that process that people seem to forget that there are others that work at Apple besides himself.

So lets all take a moment to step back – realize that Steve Jobs plays an important role at Apple – but that there are also some amazingly talented people at the company. They do great work too – and I’m glad to see some of them on stage with Steve. They deserve to have been there all along.