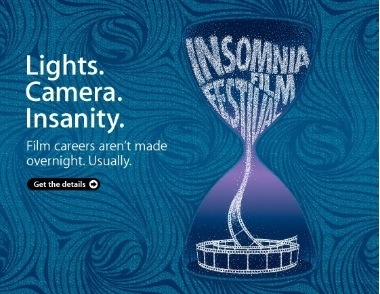 Apple has cancelled its “Insomina Film Festival” according to an email sent out to participants. In the email Apple sites that they were “unable” to reschedule the festival, which had been previously delayed due to “unexpected server problems”.

Apple promises said participants that they will continue to seek new and better ways for them to express their creativity.

The film making festival sounds like an interesting idea. I missed it last year, but it seems like it could be easily put on by someone else. Heck – if they did it strictly online it wouldn’t cost much of anything…which is how I believe they planned it originally.

Anyway – it’s off….but if you want, you can just grab some random stuff and make a film out of it in 24 hours and call it a day. It would be a very similar experience.