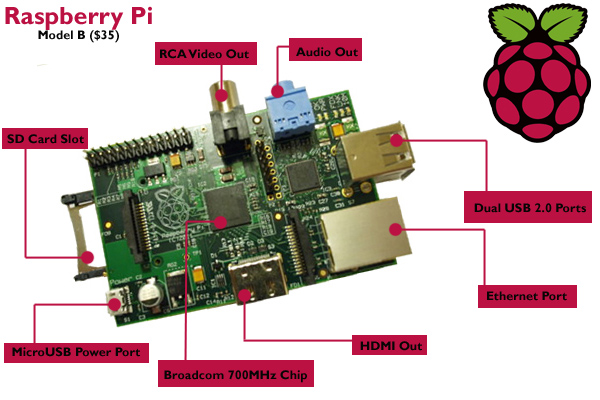 The size of a credit card – and definitely more constructive – the Raspberry Pi is a single-board computer that excited computer enthusiasts around the world when the concept was announced. The computer is not a fluke, even though it hasn’t been much more than a year since its official launch. There have been reports of customers waiting for long months for their orders to come in due to sourcing issues. And, just yesterday, Google announced a donation of 15,000 Raspberry Pis to schools in the UK. This tiny computer is not a joke.

And guess what? If you have some skills, you can even try your hand and playing with the Raspberry Pi to create a DIY Airplay speaker. You know, in case you have some time on your hands, and you want to build something with it instead of enjoying a leisurely stroll around your local Apple Store.

Thanks to Jordan Burgess, an engineering student at Cambridge, you can make the Raspberry Pi take on the role of an Airplay speaker. So, if you have an old stereo lying around, and you have a bit of cash to spare (for the Raspberry Pi and other materials), you can hack together a rather neat set up. Here are the things that you will need:

To actually do the work, I suggest you read Jordan’s detailed instructions. In case you need a little more convincing, or maybe you just want to see the end result, here is a video of the Raspberry Pi Airplay speaker setup in action.