You are here: Home / Ads / Have You Seen the Apple Music Ads from the MTV VMAs? 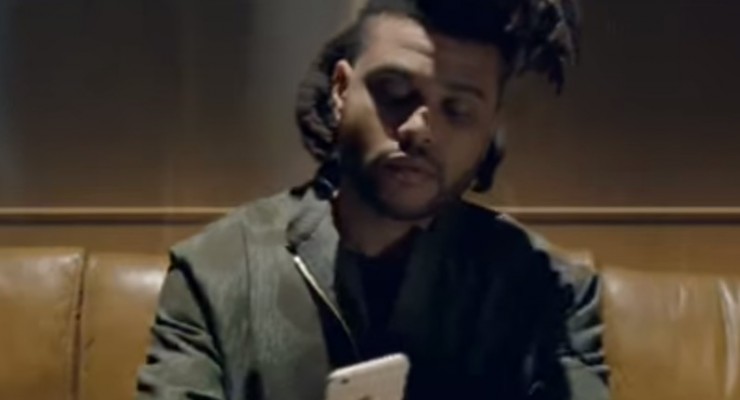 Apple ads. They’re always the center of attention when they are released, and this time should be no different.

Last night, Apple made a stronger effort to reach into the younger generation as a target market (as if it still has to?) by launching its newest Apple Music ads at the MTV VMAs (see winners here if interested).

Apple has not uploaded the two new ads to its official YouTube channel, but the featured artist has jumped the gun. Thanks to him, people who couldn’t care less about MTV can see the ads now.

The two Apple Music ads are parts of one narrative featuring The Weeknd, a Canadian PBR&B singer, songwriter and record producer.

The first one, “The Weeknd X Apple Music Commercial” is all about the Music app and Beats 1 radio, which The Weeknd accesses via his iPhone while in his limo. Timing is everything, so this ad was shown right after the artist’s VMA performance, and to top it off, we hear DJ Zane Lowe and see John Travolta as the limo driver, who says “Hey man, I’m driving, but where we going?”.

Which brings us to the second ad. They’re going to the after party, where else? This time, the focus is set on the playlist named “Late Night Party Vibes”.

Apple leaves us with two taglines “It’s all in your head” and “Create your own party”.

Apple Music also gives The Weeknd a thumbs up on Twitter.

Salute @theweeknd. Now that's how you shut down the #VMAs. https://t.co/am4uO8Jgcz

In other – albeit non-Apple news – Kanye West announced his plans to run for president.

Watch All the Apple Watch Ads in One Go