You are here: Home / News / www.mac.apple 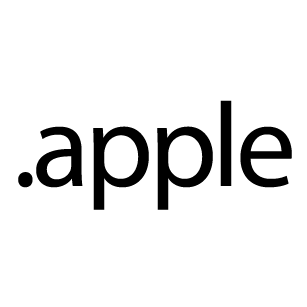 ICANN has received umpteen zillion applications for new top-level domains, so that the web can have more than just .com, .net, and .org (and about 20 others) to work with. The applications filed by Apple and its chief competitors may surprise you.

The new top-level domains are part of a major initiative whereby anyone was allowed to apply for creation and ownership of a new TLD. Anyone with $185,000, that is, since that’s how much applying for a new TLD cost. Many companies applied for multiple TLDs, with Google and Amazon applying for up to 100 each. The domains haven’t been created yet, but ICANN released the full list of every new TLD that’s been applied for, along with the company that filed the application.

It goes without saying that Apple applied for the “.apple” top-level domain. What’s surprising (to me, at least) is that “.apple” is the only TLD that Apple is interested in acquiring. And that may not even mean they plan on using it; they could simply be securing it to ensure no one else gets it. They didn’t apply for the likes of “.iphone” or “.ipad” or “.itunes” or anything else. Apple used to have a service called DotMac, but they didn’t even apply for “.mac”, which seems like a total no-brainer. I could see them having interest in more generic TLDs like “.app”, “.store”, or “.mail”, but nope. I guess Apple simply doesn’t see the need. (They’re certainly not hampered by the cost.)

Google and Amazon, on the other hand, appear to be stockpiling as many TLDs as they can get. Google’s applied for brand-centric domains like “.gmail”, “.android”, “.google”, “.chrome”, and “.youtube”. Amazon, similarly is applying for “.amazon”, “.fire”, “.imdb”, “.kindle”, “.prime”, “.silk”, and “.zappos”. The two of them intersect over generic words that they’re competing for — sometimes with other companies as well — like “.book”, “.cloud”, “.dev”, “.drive”, “.free”, “.wow”, “.talk”, “.store”, “.search”, and many more. In instances where more than one entity is interested in a particular TLD, ICANN is asking the applicants to work out partnerships between themselves.

My personal favorite is one Hasbro applied for: “.transformers”.