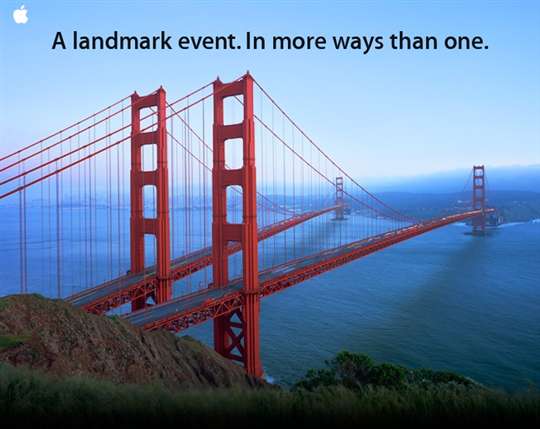 Apple is already busy making plans for June, and the rumored dates of June 9th through the 13th have been confirmed as the official days for WWDC 2008. The image that Apple sent out features the Golden Gate Bridge – or rather 2 Golden Gate Bridges – going in two different directions.

This has already started massive speculation. Is Apple referring to the two paths of development – Mac or iPhone/iPod Touch? Or is it an indication of something else entirely?

Personally – I don’t have a clue. I’m leaning towards the “two paths of development” idea, but I suppose it could mean something else…I’m just not sure what.