You are here: Home / News / Worst Idea Ever: Ashton Kutcher as Steve Jobs 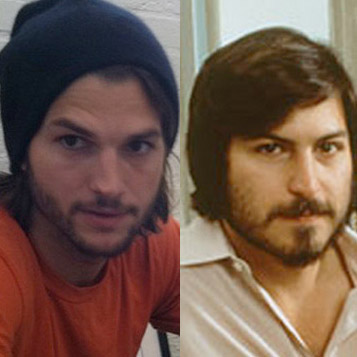 It’s got to be one of the worst April Fool’s jokes of all time — because it’s not actually a joke. Ashton Kutcher is playing Steve Jobs in an upcoming indie flick. Why, God, why?

I know Kutcher is “Mr. Social Media,” so I can see how producers could think he might hit some of the right “hip, progressive” buttons. And I’ll grant that Kutcher bares more than a passing resemblance to the late Apple founder — particularly Jobs’ earliest days at Apple, when he sported the poorly-defined beard. And I suppose the actor could somewhat convincingly portray a hippie that experiments with LSD and marijuana (as Jobs is known to have done in his youth).

But Ashton Kutcher, CEO of the world’s biggest and most powerful consumer electronics company? No.

At least it’s just an indie pic, completely unrelated to Sony Pictures’ in-development biopic based on Walter Isaacson’s bestselling biography. Variety reports that the movie is to be titled Jobs, and will be directed by Joshua Michael Stern (whose only widely-known credit so far is the Kevin Costner comedy Swing Vote) from a screenplay by newcomer Matt Whiteley. The movie’s being produced and bankrolled by Mark Hulme, with a production start planned for May. The flick reportedly will cover his journey “from wayward hippie to co-founder of Apple.”

Now I’m not a card-carrying Steve Jobs apologist. I don’t worship at the altar of iTunes or think that this man singlehandedly changed the entire world (though he certainly came close). I doubt I would have gotten along with him, had we ever met, due to his notoriously prickly personality. But I do admire the man for many reasons, and think that any biography of him should be handled with respect. He was a truly singular individual, a larger-than-life character with unflinching intensity and focus, who didn’t care what people thought of him, and always followed his instincts.

Even if this movie never ventures into the entrepreneurial game-changer that Jobs was in the last ten years of his life, as the byline suggests…

He deserves better than Kelso.