Who Has Embraced The iPad For The Majority Of Their... 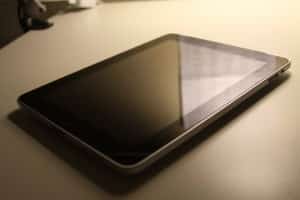 The iPad has started a tablet revolution and bridged the gap between the smartphone and the laptop or at least the iPhone and the MacBook. Not only has Apple created a new category of computing device, but it’s also posed as a serious replacement for the majority of computing needs users have. Twitter creator Jack Dorsey seems to agree.

Dorsey, who’s best known project is Twitter, is happy with the computing prowess of the iPad. A Tweet Dorsey sent revealed how much he uses the iPad.

90% of my computing is now on the iPad (with a keyboard dock). And I love it. Only thing I can’t do are big presentations & code.

It’s amazing what the iPad can and how many people are recognizing the potential in it the iPad. More and more people are adopting the tablet for media consumption and creation. I can vouch for the later, much of the blogging I do for Apple Gazette is done on the iPad.