The dramatic weight-loss of Steve Jobs

My pal over at Macenstein posted a look at Steve Jobs, comparing an image from the Macworld 2008 Keynote to the WWDC 2008 Keynote. It shows a dramatic weight-loss on Steve’s part, and it certainly calls into question his health. 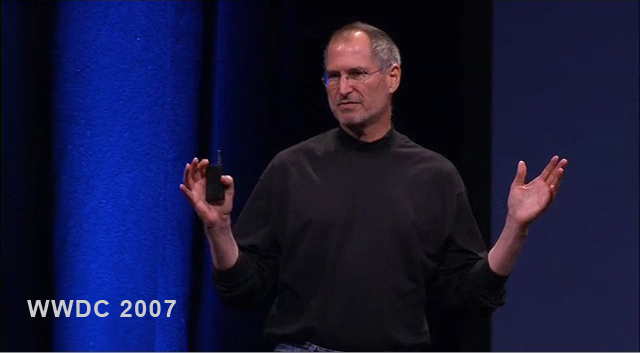 but to really drive the point home, I went back to WWDC 2007 and grabbed a screenshot so you could see how dramatic the weight-loss is over a year. It’s pretty serious.

Some of the comments suggested that the weight-loss isn’t that dramatic, and I couldn’t disagree more,

In 2007 Steve Jobs looked healthy, but this year…this year he looks sick. I hope its just a “virus” like Apple has officially stated, but we all know that Jobs hid his cancer for 9 months. Hopefully he’s not hiding his health problems again.