iPhone Users (Only) Can Now Order from Starbucks Without Lining...

Sorry, Samsung Galaxy users who can’t live without their (one or two) Starbucks Lattes every day. You’ll still have to make sure to go to the shop during slow times, or wait in line twiddling your thumbs. Or, playing on your phone.

The Starbucks iPhone app has been taken to a new level with the rollout of its Mobile Order & Pay program. The program was already implemented in Portland last December and was accessed via the iPhone app.

Now, Starbucks has announced that the program will be rolled out in other parts of the country – 3,400 locations in the southern and central United States.

The service is so simple in concept, one might wonder how it took Starbucks this long to implement it. Then again, the backend details are probably not that simple.

So how does it all work? 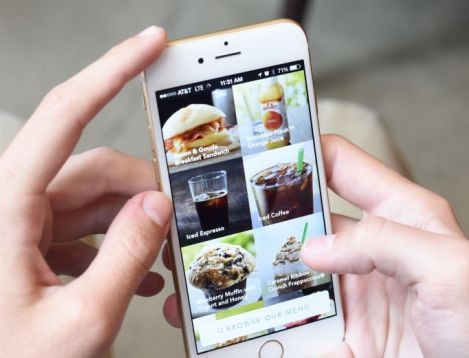 All an iPhone user has to do is open the Starbucks iPhone app, choose their drink/s, pay using the app, and pick up his order at the store. 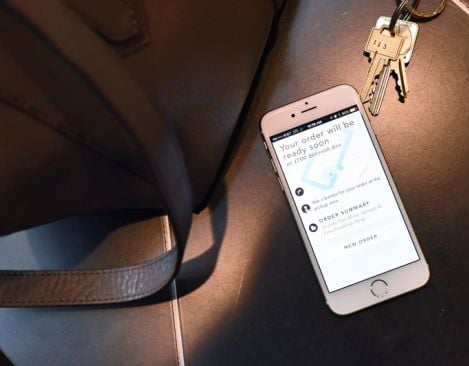 In the official announcement of the rollout, store managers share their experiences with Mobile Order & Pay.

Jesse Wenkoff-White, who managed a store in downtown Seattle says he “has also noticed that customers quickly started building Mobile Order & Pay into their daily routines to save time. Some were using the app to place orders each morning as they got off the bus, others as they were running out to grab a late lunch, or from their desks as they’re about to take an afternoon coffee break.”

Outside of Seattle, store manager Kaylene Schaefer says it’s not all about people in a rush:
“We see a lot of parents with young children order ahead with Mobile Order & Pay, which makes it easier to manage the kids without standing in line. We also see nearby businesses use the app for their large food and beverage orders for meetings.”

So, Starbucks addicts, keep an eye out for this feature in your favorite store.

Oh, and yes, while it’s for iPhone only, that’s temporary. Android users will have it in the future, too.

Going somewhere this summer? Here are 6 Great Apps for Travelers