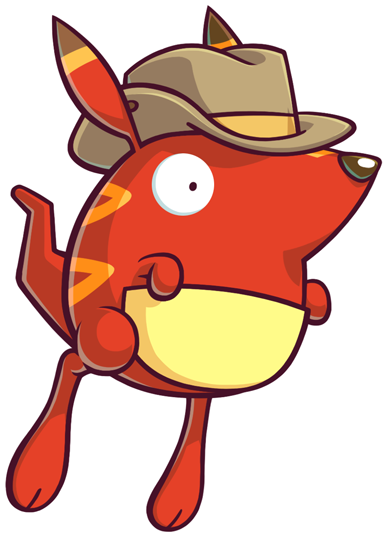 5th Cell, the developer behind iOS hit Scribblenauts Remix, is today releasing its next big game. It may even be out by the time you read this. It’s called Run Roo Run, and it’s a bold concept for a puzzle platformer that auto-downloads new levels weekly.

Run Roo Run follows a mother kangaroo named Roo whose baby, Joey, is kidnapped. Roo sets off across Australia to find Joey in Sydney. The adventure unfolds over a number of weeks as new levels are automatically downloaded to continue the game.

Over 420 levels are planned for the game, with ten new levels arriving each week. Every level is made up of a single screen filled with obstacles, with gameplay made up of “one-touch gaming” where you tap the screen to jump across the various obstacles blocking your path. But there are plenty of clever twists thrown in along the way, such as anti-gravity, floating barrels, invisibility, tire swings, and much more.

The 420 game levels include 100 levels at a higher difficulty, called Extreme Mode. Each week, the 10 newest levels will download to players’ iOS devices free of charge; no further purchase is required beyond your first one. It’s unknown how long 5th Cell intends to keep this going, but a quote in their press release for the game mentions supporting the game “for years to come,” so take that as you will.

Run Roo Run will be available later today in the iTunes App Store for $.99 for iPhone and iPod Touch, and $1.99 for iPad. The official trailer is above and screenshots are below. Apple Gazette’s own review of Run Roo Run will be posted in the coming weeks.